NewZNew (Chandigarh) : Finally, the concerted efforts by the Punjab BJP President Shri Kamal Sharma for naming of the international airport at Chandigarh after Shaheed Bhagat Singh have borne fruits. Union Minister of State for Civil Aviation Dr. Mahesh Sharma has conveyed Shri Sharma that the airport would be named after Shaheed Bhagat Singh before March 23, the martyrdom day of the revolutionary freedom fighter. 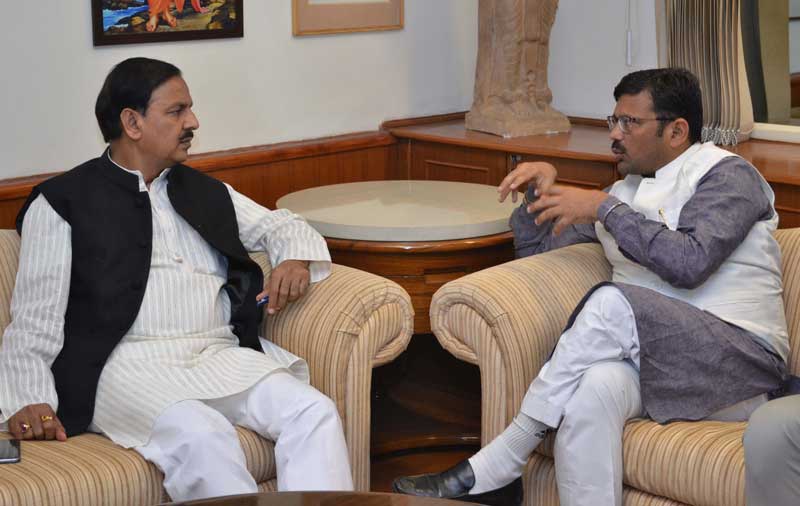 Confirming the same, Shri Sharma, who personally met Dr. Mahesh, said that he had spoken to the Chief Minister’s of both Punjab and Haryana and a consensus has been made over the issue, clearing the decks for the naming of the airport after Shaheed Bhagat Singh.

Shri Sharma said, “Dr. Mahesh has conveyed that the formal announcement over the naming of the airport would be made in a couple of days time. This is a welcome development and would be a befitting tribute to Shaheed Bhagat Singh.”

Meanwhile, giving the details of his meeting with the minister, the BJP Punjab chief said that Dr. Mahesh has also assured him that the work for the upliftment of the Jallianwala Bagh and National Martyrs Memorial Hussainiwala in Ferozepur would also start soon.

Shri Sharma said, “In the Union Budget for the fiscal 2016-17, the centre government had announced that the Jallianwala Bagh will be developed as a cultural and heritage centre. As a part of that, Dr. Mahesh has said that the work for the upliftment of the Jallianwala Bagh besides starting the Light and Sound Show, which was out of order, would also commence soon.”

Shri Sharma also disclosed that Dr. Mahesh has assured that besides starting the Light and Sound Show at the National Martyrs Memorial Hussainiwala, the work for the upliftment and making the Memorial a tourist hub would be kick-started soon. “I have also extended invite to Dr. Mahesh for his esteemed presence at Hussainiwala Memorial on March 23 to mark the martyrdom day of Shaheed Bhagat Singh, Rajguru and Sukhdev”, he informed.

It may be mentioned here that the National Martyrs Memorial Hussainiwala is located just one km from the India-Pakistan border on the Indian side and has memorials of freedom fighters Bhagat Singh, Rajguru and Sukhdev.