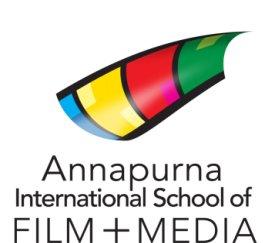 NewZNew (Chandigarh) : : Annapurna International School of Film & Media (AISFM) indeed experienced an evening of pride and satisfaction as they celebrated Graduation Film Fest 2016  where their final year BFA and MA students who completed their film making course showcased their fine skills with short films that they made as part of their graduation films. The film fest which was held at Prasad Labs recently marked a platform for AISFM students to showcase their freshly learned and honed skills. 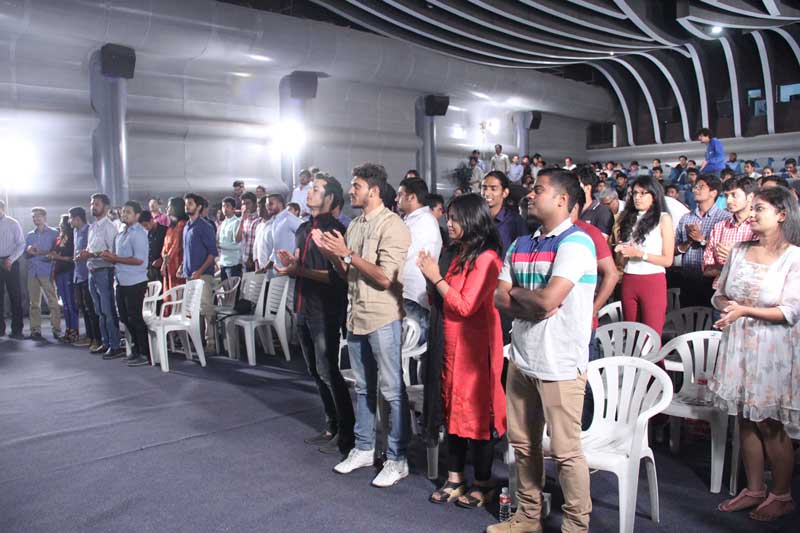 Mr. Bala Raj, the Dean of Annapurna International School of Film & Media and well-known Hollywood professional who has written, produced and directed award winning English films was also present on the occasion.

From a short film which took you back to the 1900’s to the films which spoke about topics that not many are comfortable talking about. From a short film about a long cherished dream,  to another film about a simple gesture, to smile, the film festival surely portrayed the talent of these students with immense aspirations.

After the screening of the short films, the chief guests shared their thoughts on them. Speaking about the event, Lakshmi Manchu said, “Congratulations on such incredible work. I am inspired by all of you. It’s always inspiring to see new visions and it is very important to see new ideas come forth. A lot of hard work goes into cinema and here overnight success happens in 10 years.”  Advising the students she said, “Nothing is more beautiful than cinema, define yourself. What is the story that you have, that is compelling to tell? Identify that and keep your passion, drive and love alive for cinema.”

Ramesh Prasad, speaking at the event reminisced about how his father, L. V. Prasad (one of the pioneers of Indian cinema and a producer, actor, director, cinematographer and businessman) started his journey in films and said that there were four things that his father followed and advised the students to do the same; “passion, patience, perseverance and purity of thought.” He further added, “You as youngsters should know about cinema. There is great power in the medium of cinema, the more you are involved, the more you churn. The challenge is the content. The future is on you, take it forward.”

Sumanth speaking at the event said, “You have a wonderful opportunity, let your imagination flow.” He also recollected an incident wherein he had gone to a top film house in Bombay recently and a person came running up to him and introduced himself as an alumni of AISFM, who incidentally was there, to sell his script to the film house.

Akhil Akkineni lauded the efforts of the students and appreciated them and their movies. He said, “My grandfather’s dream was to give back to cinema and he would have been proud to see your wonderful films.” He further added, “The harsh reality is don’t ever let yourself down if your vision is not translated onto the screen. Stay on your course. Passion for what you do is very important. If you don’t love it, don’t do it, you won’t last.”

Later on, the students interacted with the guests and a brief question and answer session with the Chief Guests and faculty of AISFM was held.

The films screened at the film fest were:

– Parchaai, a drama, which features the journey of a school student who tries to redeem himself after an event that has occurred in his past.

– Varnamaala, a story set in the early 1900’s where the zamindari system is at its peak. There is one head person for a village who has the authority over every person of that village. This is the time where lower caste people are considered to be untouchables and are banished out from villages. This is one story of how one man tries to change this in his own way.

– Inside Job, a psychological thriller. It’s a play between the human soul and brain where the brain propels the soul to explore the untraversed territories of human senses. It tries to question you about your perception of reality and pushes you to think one more time about you, about yourself.

– One of the greatest feelings in life is to be able to smile and feel carefree, even if it is just for a moment. The documentary, Navvu, explores the importance of laughter through concepts like medical clowning in the highly stressful lives of those who’ve had to spend time at hospitals.

– Sattvam, a film about Ratan, an ambulance driver. He is a very crude man, one who never believes in his duty of saving lives of people in emergency. When faced with a situation which makes him introspect the reasons behind the attitude he has developed, will he resist or accept to change?

– Sort the Spot, the story of two girls and a regular day in their respective schools. But that’s not it. Something strange happens. A girl’s first period – a topic still considered taboo by many in the country; it’s time we talk about it in the open.

– Khwaish, a film about Karim Khan, who is a small town guy from Kashti. Karim is a vendor of Nimbu Sarbat which he sells on his cart in the Village. Karim unlike other small town guys is very different and still hopes of achieving his dreams at any cost. Karim is very close to this small kid Arjun (12). Karim’s ambition, his goal, his only dream is to  go to Lord’s and watch India play cricket. Can Karim achieve his dream ever?

– Rangula Ratnam, a story is about a Sale’s man and a Lawyer. How they meet each other and interchange their profession for one day. After that what are the challenges they face individually. In the end how they save the life of two people, who are related to the same conflict is the story. Does the story end on a positive note? 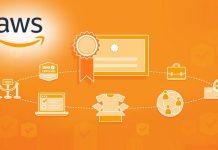 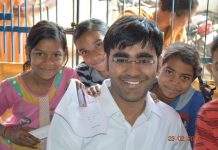