A Chandigarh resident, she wants to pursue research in microelectronics from IISc Bangalore 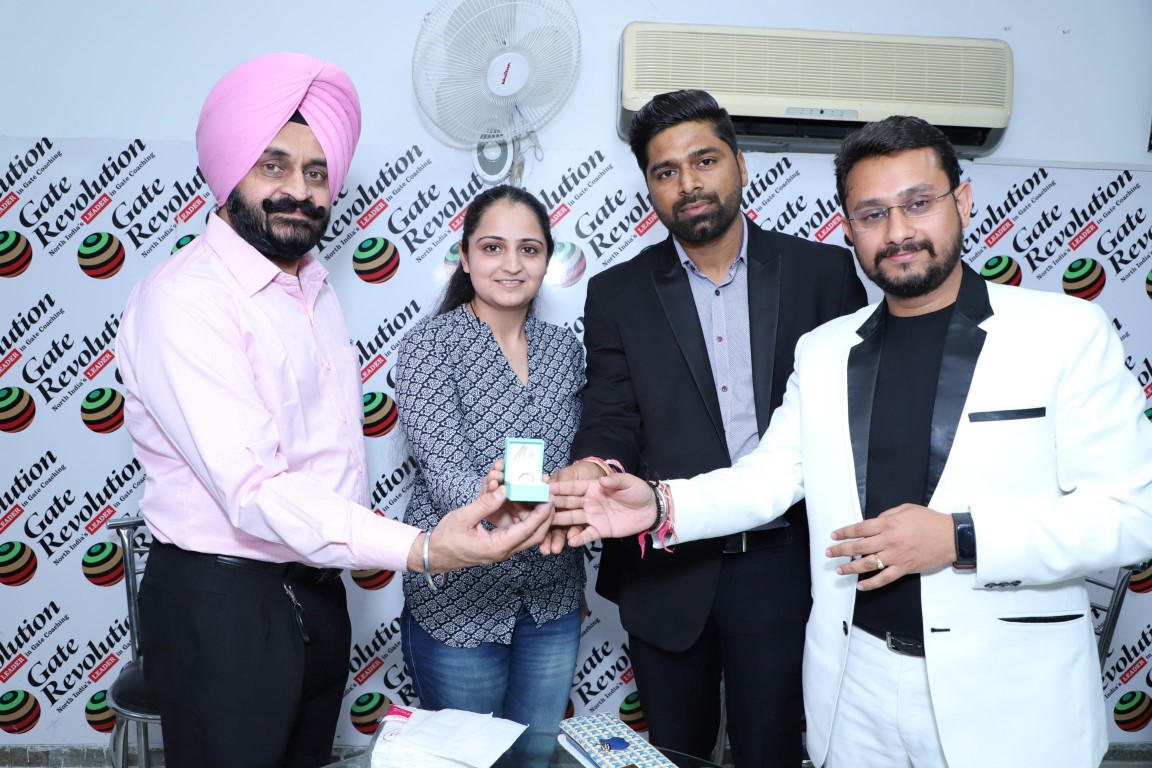 She was felicitated by chief guest and institute’s management for her achievement.

Navneet Kaur, who hails from Chandigarh thanked her mentors from Gate Revolution for their guidance and support. She is currently employed in SCL (ISRO), Mohali.

The Managing Directors of the institute, Tarun Garg and Darshan Jindal congratulated the students for their success and acknowledged the hard work of their faculty members and students. The event also saw some energetic performances from students.

Navneet Kaur, while speaking about her achievement said it was very important to remain in practise for good results. She said there should be no break in preparing for GATE and daily enough time should be devoted to the same. She said tests and evaluations also help in preparing. Navneet added at Gate Revolution she got the best coaching and wants to go for higher studies to Indian Institute of Science (IISc), Bangalore where she wishes to do research in the field of microelectronics.

Navneet shared that her success was not possible without the support of her parents and the excellent and most supportive faculty of Gate Revolution. In her message to her fellow GATE aspirants, she said that focus during lectures, class notes, regular practice of tests and a relaxed mind while appearing the exam are the major factors for achieving good Rank in Gate.

Gate Revolution is a unit of Guru Gram Group of Institutions, founded in 2003 by a group of visionaries and intellectuals. Since its inception, the group has promoted education in the area of Aviation, Engineering Sciences & Management with all the campuses equipped with the state of art infrastructure. With branches in Chandigarh and Patiala, Gate revolution has established itself as one of the leading GATE coaching institutes in North India.

Lead Like A Girl or My Choice : How Empowered Women...