Sh. Mohinder Singh ji Sanyojak Branch Chandigarh told  that  the while the nation celebrated the 70th Independence Day of the country on Tuesday, the Sant Nirankari Mission observed the day as Mukti Parv or the Salvation Day. It sought to give the message to the people that while physical liberation from foreign rule is necessary for our material progress, the liberation of soul from the bondage of transmigration is equally essential for happiness here and hereafter. 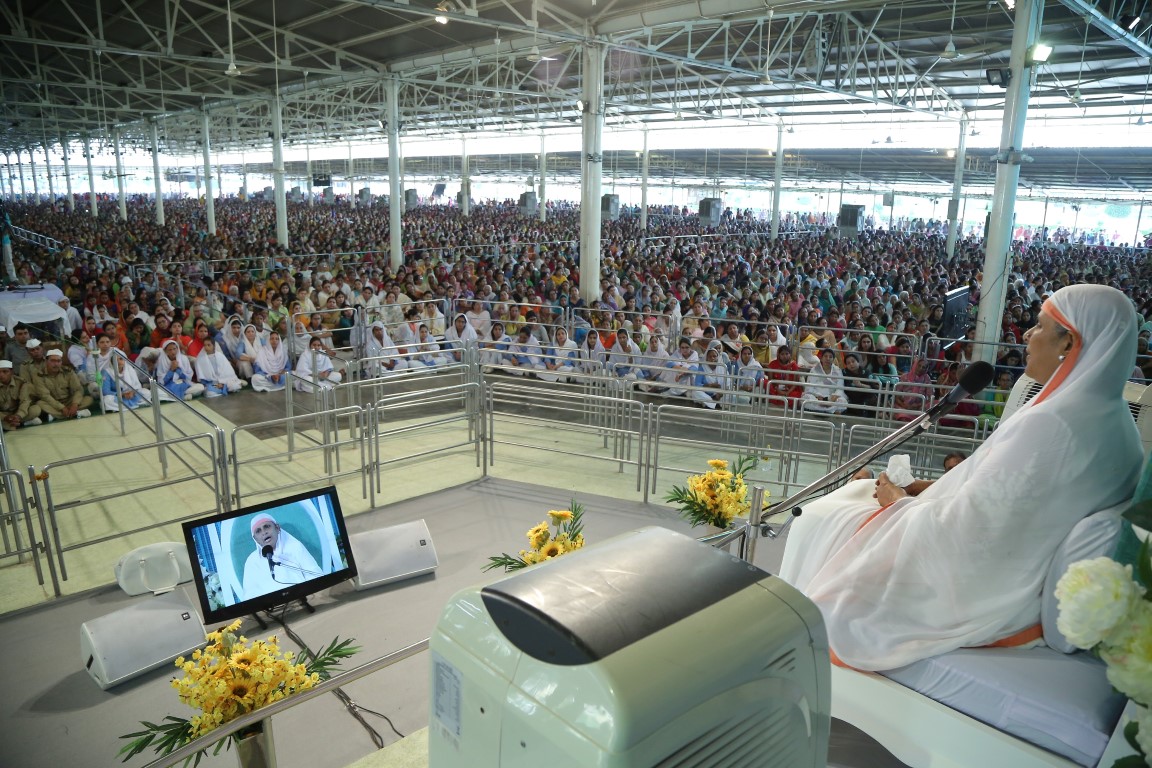 The Mission believes that even our material gains remain threatened by evil designs of ego, selfishness, jealousy, hatred and violence unless and until accompanied by human values like love, compassion, cooperation and the sprit at sacrifice.

While the nation paid tributes to those who fought for the freedom of the country from the alien rule, the Sant Nirankari Mission remembered its Spiritual Masters Shahenshah Baba Avtar Singh Ji, Baba Gurbachan Singh Ji and Baba Hardev Singh Ji as also the great devotees including Jagatmata Budhwanti Ji, Rajmata Kulwant Kaur Ji and a host of others who received Brahmgyan and preached the same till the last breath of their life.

The main Mukti Parv Samagam was held in Delhi in the holy presence of Nirankari Satguru Mata Savinder Hardev Ji Maharaj. Thousands of devotees from Delhi, Greater Delhi and several other parts of the country were present.

Addressing the participants, Her Holiness said that while Jagatmata Ji presented a living example of love, humility and sacrifice, Shahenshah Baba Avtar Singh Ji presented an ideal example of a devotee’s sacred alliance with the spiritual Master, first by living with Baba Buta Singh Ji and then with Baba Gurbachan Singh Ji. He obeyed his Master with the spirit of complete surrender and obedience. 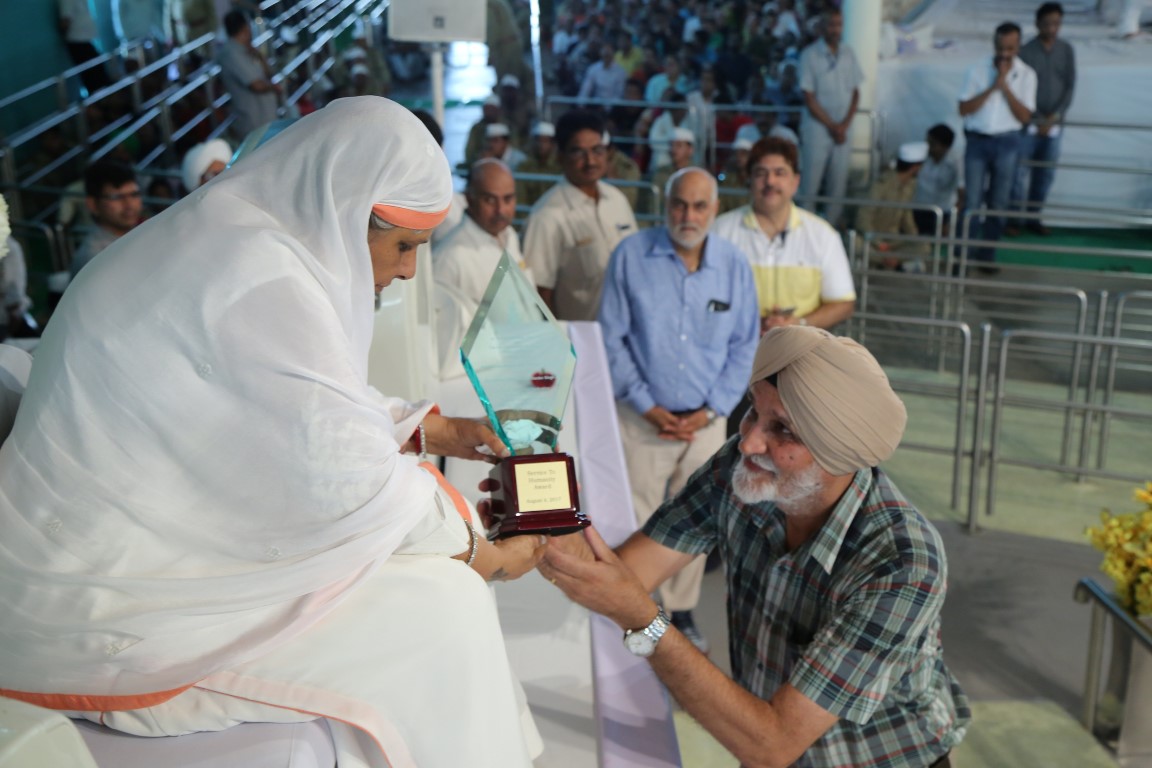 Her Holiness also referred to Rajmata Ji, a member of the holy family or Guru Pariwar, who kept her relationship with Satguru as his disciple above all her social relations.

Satguru Mata Ji called upon the followers of the Mission to take inspiration from these examples as also the examples of numerous devotees who spent all their time and energy towards spreading the Mission’s message of God-knowledge as directed by the Master of the day. She advised them not to get misguided by people who will always make negative comments whether we are happy or sad.

The audience was also shown the video recording of a discourse by Baba Hardev Singh Ji on one of the Mukti Parv Samagams in the past. There also Baba Ji exhorted the devotees to take full advantage of spiritual enlightenment in their life and remain above all the negative feeling of ego, narrow-mindedness, discrimination, hatred and exploitation.

During the Samagam Her Holiness Satguru Mata Savinder Hardev Ji Maharaj was presented the ‘Service to Humanity’ Award for 2017 granted by Life Chiropractic College West to the Sant Nirankari Mission for its humanitarian and social welfare efforts across the globe. The award was presented to Her Holiness by Rev (Brig) PS Cheema Ji, Member Incharge, Health and Social Welfare Department of the Sant Nirankari Mandal who had received the same on behalf of Satugu Mata Ji at the Life West’s Annual Chiropractic Conference on August 4, 2017 in San Francisco, California, USA.