‎newznew (Chandigarh) : Punjabi superstar Amrinder Gill led the team of his upcoming release “Sarvann”as he promoted the film ahead of its release this Friday. 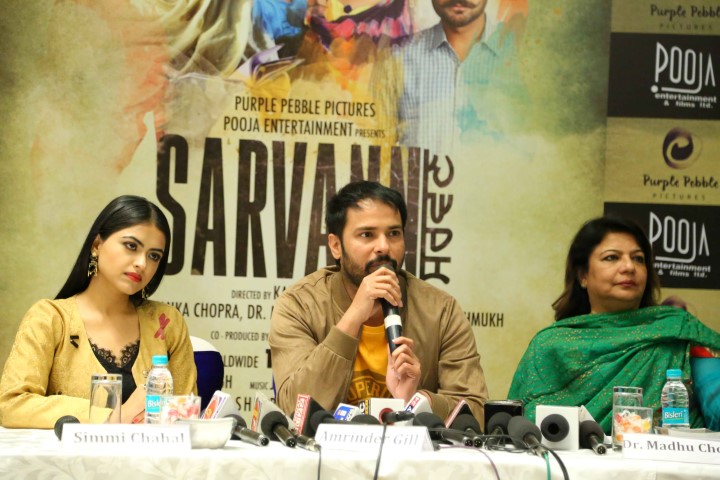 Directed by Karaan Guliani, the movie stars Amrinder Gill in the lead, debutant Ranjit Bawa, along with Simi Chahal. Produced by Priyanka Chopra, Dr. Madhu Chopra, Deepshikha Deshmukh and co-produced by Siddharth Chopra. Sarvann is written by Amberdeep Singh with Vineet Malhotra as the director of photography. The movie releases on January 13th, 2017 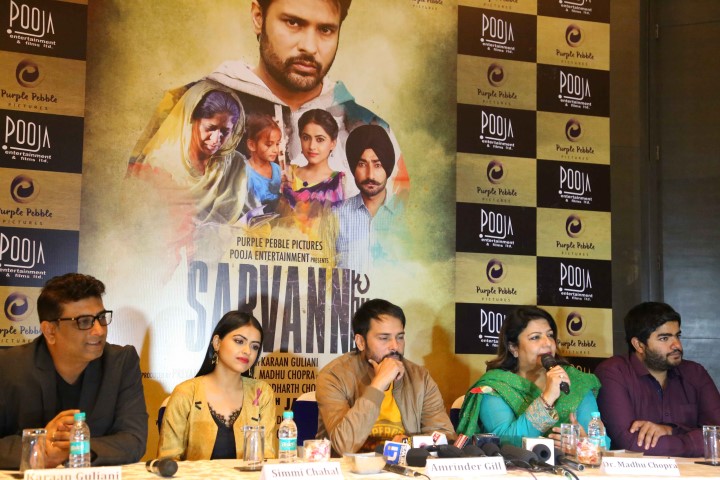 As he addressed the press, Amrinder Gill spoke of how “Sarvann” is a unique example of the best of Punjabi cinema coming together and being backed by stalwarts from Bollywood like Priyanka Chopra and Vashu Bhagnani. “It is very important for an actor to do challenging roles in order to grow. My character in Sarvann will give my fans a chance to see me in a new avataar and I hope they like and love me as they always have,” said Amrinder Gill as he was joined by other stars in the film including Ranjit Bawa and Simi Chahal during the promotions. 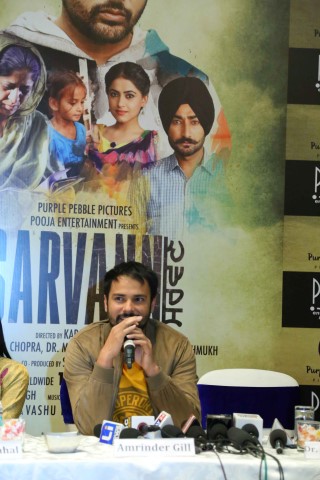 Priyanka Chopra and Vashu Bhagnani’s debut Punjabi production “Sarvann” has created a lot of buzz since the day of its announcement.

Producer Deepshika Deshmukh maintains, “Amrinder Gill is a fantastic actor and along with the creative minds of Amberdeep and Karan Guliani we know that this movie will be loved by audiences across Punjab and even those who are watching it abroad.”

‎Director Karan Guliani added, “Sarvann is a journey of an NRI protagonist Amrinder Gill to discover his roots and becoming a sarvann putt”

‎Priyanka Chopra has been super excited about the film and has been promoting it across platforms.

‎There are seven songs to which Late. Dr. Ashok Chopra, Ranjit Bawa, Bhai Joginder Singh Ji, Amrinder Gill, Gurshabad Singh, Harsdeep Kaur and Bir Singh have lent their melodious voices and the words or the lyrics to the songs have been given by Happy Raikoti, Harman Singh and Bir Singh. The lovely and melodious music has been done by maestro Jatinder Shah.

Mark Your Calendar for the ‘Veer Di Veera’ Exhibition