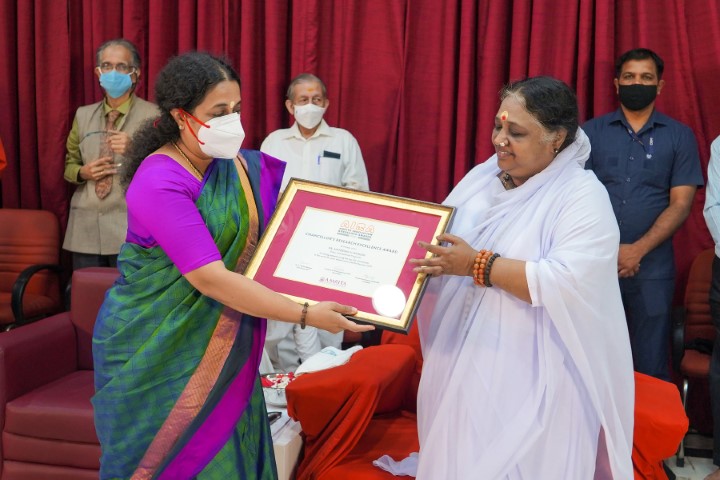 These research powerhouses, to be operational within the next one year, will be led by the varsity’s faculty and students. The new labs will drive cutting-edge innovation and discoveries in fields such as engineering, medical sciences, computer sciences, material sciences, nano bio sciences, biotechnology, biomedical engineering, and sustainable development.

The announcement was made during the inaugural ceremony of the first edition of Amrita Innovation & Research Awards (AIRA)presided over by Amrita Vishwa Vidyapeetham Chancellor and world-renowned humanitarian, Sri Mata Amritanandamayi Devi, Amma.

Said Amma (Sri Mata Amritanandamayi Devi), Chancellor, Amrita Vishwa Vidyapeetham: “Attaining new knowledge, conducting research and pursuing innovations greatly contributes to the progress and development of individuals as well as the nation. However, most often, the direct beneficiaries of such knowledge are privileged, educated people living in cities. Intentionally or unintentionally, the innovations and technology that are the fruits of academic knowledge rarely percolate down to uplift our rural regions. And even if they do, they disrupt rural cultures. Often, they destroy people’s inherent innocence—negatively impacting the traditions and customs of villagers whose lifestyle is mostly in harmony with nature. This creates a strange distortion, like unconnected body parts being joined to each other, and ends up destroying our villages. This should not be allowed to happen. Research should benefit the common man. At the same time, we should be careful to safeguard the serenity, beauty and culture of our rural villages. Only then will the nation’s progress become complete. Only a value-based research program can pave the way for such balanced progress.”

Said Dr. P Venkat Rangan, Vie-Chancellor, Amrita Vishwa Vidyapeetham: “Research and innovation are the key to leverage modern technology for the development of the nation. In our mission to create a highly productive and trained manpower for national benefit, we are recognising, mentoring and incentivising our talented young faculty workforce. Emerging from the pandemic, we have been surprised to see significant accomplishments and outstanding research outcomes of our faculty in the form of publications and patents, despite the difficult period last year.” 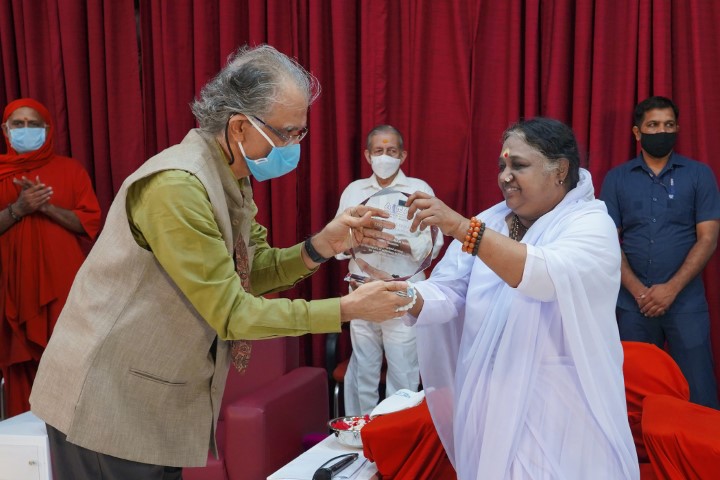 The Chancellor’s Innovation Awards recognized 49 patents, both national and international, that were granted to Amrita faculty over the last five years. These patents created intellectual property for the varsity and the country in the areas of biotechnology, nano-biosciences, engineering and medicine.

The Chancellor’s Publication Excellence Awards were given to individual faculty members who distinguished themselves by publishing high-impact papers in Tier 1 journals around the world in the pandemic times. About 500 faculty members of Amrita Vishwa Vidyapeetham, as authors and coauthors, published around 150 research papers in top-ranked peer-reviewed journals last year in the teeth of the pandemic. This showcases the high caliber of intellectual capital residing at the varsity.

Speaking on the occasion, Amitabh Kant, CEO, Niti Aayog, said: “I am glad to note that the incubator at Amrita Vishwa Vidyapeetham, supported by Atal Innovation Mission (AIM), is performing exceptionally well by supporting more than 100 startups, and that 6 of them have raised external investment worth Rs. 174.3 crores.”The entire academic community of Amrita including 1,500 faculty members and 15,000 students attended the event.

Amrita Vishwa Vidyapeetham is a multi-campus, multidisciplinary Institution of Eminence accredited by NAAC and ranked the 4th Best Overall University in India in the 2020 National Institution Ranking Framework (NIRF).

The university is currently spread across six campuses in three states of India—Kerala, Tamil Nadu, and Karnataka—with the institution’s headquarters at Coimbatore, Tamil Nadu. Amrita partners with academic, industry, and governmental institutions across the world to accomplish human-centered, translational, and groundbreaking research. To date, Amrita has more than 500 collaborations from more than 200 signed Memorandums of Understanding (MoUs).

HEARTIEST CONGRATULATIONS ON THE EVE OF ENGAGEMENT TO SUNNY DHIMAN