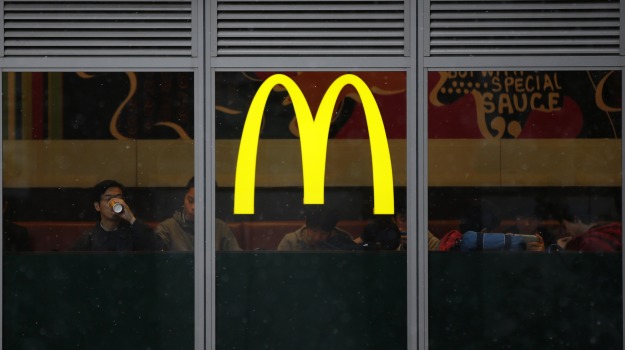 NewZNew (Food) : According to a report released by the European and American coalition, McDonald’s seemed to have channeled money through Luxembourg and skirted around 1.2 billion dollars (around 1 billion Euros) in corporate taxes between 2009 and 2013. The report, titled ‘An Unhappy Meal’ explains how McDonald’s re-structured its business in 2009 to benefit from the tax policy change in Luxembourg.

This policy was introduced in 2009 and allowed companies to ‘benefit from significant reductions of tax rate on income earned from intellectual property’. In the same year, McDonald’s shifted its European headquarters from The United Kingdom to Switzerland and then allegedly re-routed millions in tax dollars through a Luxembourg based subsidiary.

Europe is one of the largest markets for McDonald’s and according to the report, in 2013 it accounted for 40 percent of the global operating profit (mainly Italy, Germany, United Kingdom (UK), France and Spain).

Since the 2007-08 recession, McDonald’s has grown by nearly 20 percent while Europe is on the brink of its third recession in 6 years. On one hand, Europe struggles with severe austerity measures which usually affect the weaker, more vulnerable sections of society, and on the other hand McDonald’s have implemented structures that allow them to evade taxes.

How McDonald’s Pulled it Off:

McDonald’s profitability depends on its franchising model where considerable profit is derived through royalty payments and rentals from other franchises rather than through their own stores and in Europe, over 70 odd percent of McDonald’s stores are franchisees.

In a franchising model, the franchise and franchisor which in this case is McDonald’s sign a contract. The contract allows the franchise to use the franchisor concept, trade name intellectual property. Franchisees pay the franchisor up-front to participate but later on also pay royalties (also known as service fees) which are a certain percentage of the total sales.

McDonald’s charges its European franchisees a royalty of five percent and in some countries in Europe, McDonald’s asks for royalty from its own corporate stores as well. In contrast, McDonald’s franchisees in the United States are changed a four percent royalty which is then subject to taxes in the same country.

However, in Europe, none of the five percent royalty is subject to tax in the country where it was generated. Instead, it’s paid to a foreign subsidiary, in this case the one in Luxembourg, which is ultimately taxed at a very low rate.

Luxembourg, along with countries like Ireland, Switzerland and Netherlands have always been accused of allowing big companies to evade significant taxes. The companies create complicated legal and financial structures and route their money from higher-tax countries to lower-tax countries in order to avoid taxes and save big bucks. But that’s not all the report accuses McDonald’s of.  Zero-hour contracts, no guarantee of work schedule stability, poor working conditions are some factors that McDonald’s employees have already been acquainted with.

The report brings into question the lawfulness of McDonald’s tax schemes. While this report is yet to be scrutinized, it puts a lot of emphasis on how individual countries might be losing out on millions of dollars that could be pumped back into their economy. McDonald’s employs 1.9 million people all over the world making it the second largest private employer globally and that only makes the seriousness of this matter top priority.