NewZNew (Chandigarh) : Perfect in time as India celebrates its feat at the recent Rio Olympics and the wonderful sportswomen who made us proud, the angels – Shalmali Kholgade, Anusha Mani, Jasmine Sandlas and Akasa Singh take us for a day into the lives of the women at the hockey academy of Shahabad, Haryana. With the intense practice sessions despite the spine-chilling weather, the girls there have only one goal in their minds – to make India proud! 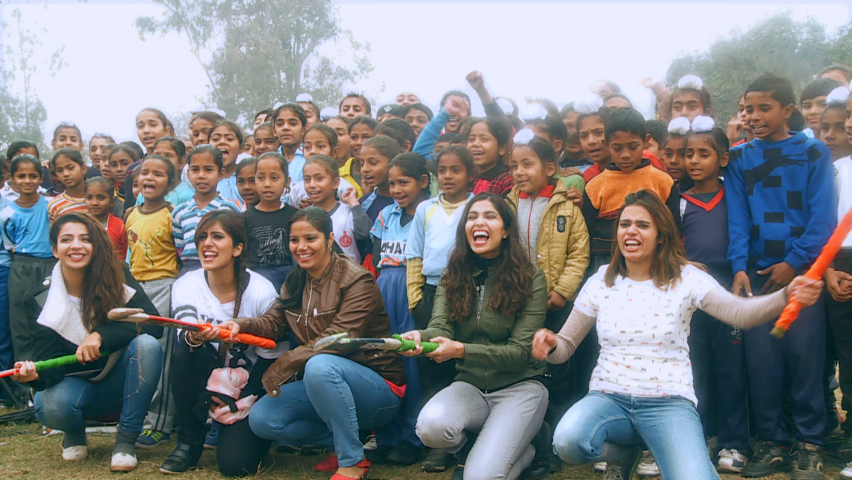 In the next episode, the angels will get a real taste of what it takes to represent India on an international level as they meet the extremely determined girls of the hockey academy of Shahabad. Their humble coach, Lakhwinder ji takes them through the training process and how in spite of lack of funds and facilities the girls do not deter from their objective and infact 5-6 girls from there have made it to the Rio Olympics. The angels who were absolutely stunned by the spirit of the girls were in for a bigger surprise when they met the former captain of the national hockey team, Ritu Rani. Spell bound rather awestricken by her personality, the angels even try their hands at dribbling coached by the captain herself. Not only that, the angels get to have a time of their lives as a match takes place between the academy girls and the cast and crew of Angels of Rock.

Expressing her thoughts on having met the girls from the Shahabad hockey academy, Anusha Mani says, “We were literally shivering in the cold weather and were barely able to manage but seeing the young girls practice without getting distracted by anything was a treat for our eyes. And meeting Ritu Rani was like a fan moment where she held us for a bit in her aura. Seeing the determination, dedication and effort of the girls to make it big made us learn so much from them.” 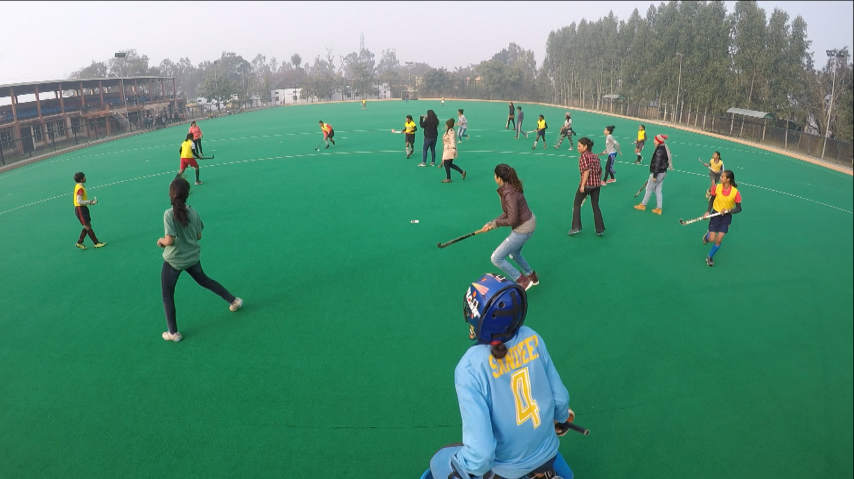