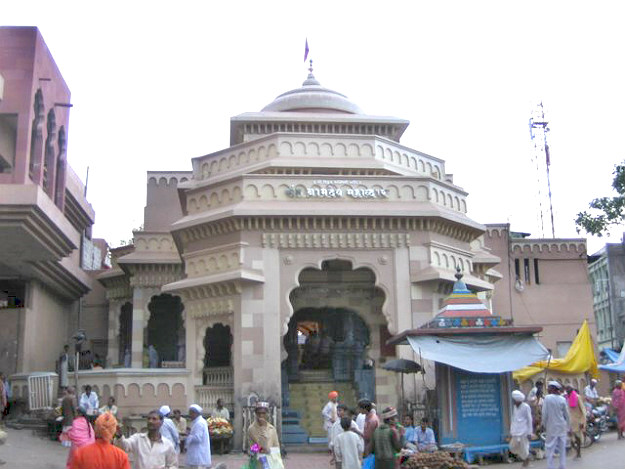 The festival of Ashadi Ekadashi, which falls this year on 5 July 2017, goes by many names: Shayani Ekadashi, Maha Ekadashi, Padma Ekadashi, Toli Ekadashi or simply Ashadi. Celebrated in different ways in different parts of India, Ashadi Ekadashi venerates the god Vishnu as he enters into a meditative sleep over the cosmic ocean. And while in many places of the country Vishnu is worshiped in his sleeping form, the village of Pandharpur in Maharashtra celebrates Ashadi Ekadashi in its own way. 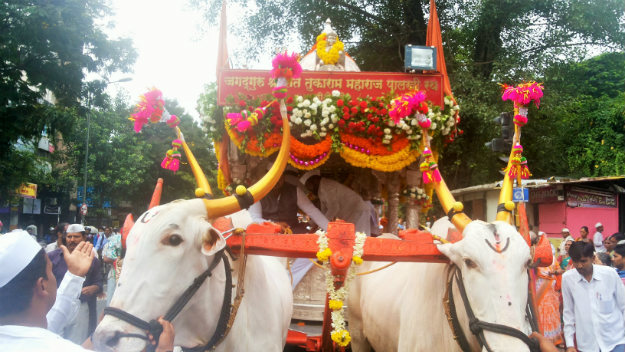 Every year, on the occasion of Ashadi Ekadashi, the town hosts the Pandharpur Yatra. The center of this Yatra is the famous Vitthal Temple, lying on the banks of the Bhima River. The temple is considered one of the most important points of worship for the god Vitthal, a form of Vishnu in a standing posture. The story behind this form of Vishnu goes like this: the god once decided to visit the home of his devotee, Pundalik. But the man was unaware of who had come to his doorstep because he was too focused on caring for his parents. Without seeing, he asked his visitor to stand on two bricks that he threw at him until he was done.

Seeing his dedication towards his parents, the god agreed to stay in that very form in the village that came to be known as Pandharpur. For this reason, the idol of Vitthal in the temple appears to be standing on two bricks. Vitthal or Vitthoba was initially a god worshiped by the Warkaris, a section of Hindus seen in Maharashtra and Karnataka. Over the years, however, the god has gained more followers and its temple more visitors, especially during Ashadi Ekadashi. 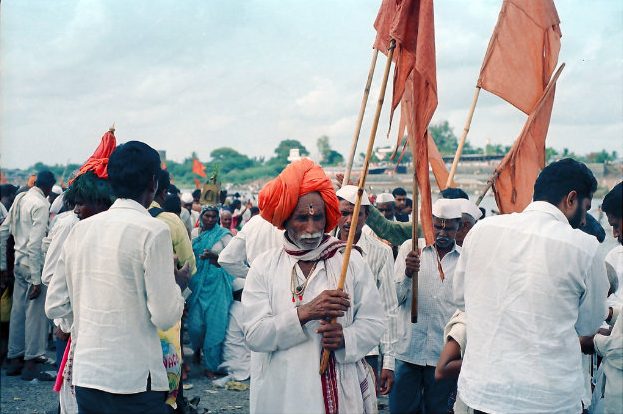 To celebrate the festival, Warkaris and other followers begin walking to the temple in processions. In these processions, called Dindis, the devotees chant, pray and sing in the name of their god. The Dindis also include Palkhis with the Padukas or foot impressions of saints like Dnyaneshwar and Tukaram, as if to allow these venerated saints to also take part in Yatra. The silvered Padukas come from places like Muktainagar, Trimbakeshwar and Paithan, converging at different points to arrive at Pandharpur on the day of Ashadi Ekadashi.

The tradition of Palkhis is relatively new, starting in 1685, but it has transformed into an important part of the whole procession now. The songs that you hear with these processions often praise the god and the saints as well. In a way, these saints have played the biggest role in popularizing the temple and its god. But go back further in time and you will find that the tradition of the pilgrimage began when the Warkaris, who were generally farmers, walked 21 days to the temple after sowing the seeds for their next round of crops.

The Pandharpur Yatra also includes a humanitarian element, with the Seva Dindi that offers services such as offering food and basic medical and repair services. It is said that taking part in this procession and bathing in the river afterwards can wash away your sins and bring you prosperity.

If you are in Maharashtra and have the opportunity to visit the Pandharpur Yatra on the occasion of Ashadi Ekadashi, you should definitely experience it. The sights and sounds of this unique pilgrimage are incredible, with people from various other states and even countries coming together to take part in the festivities and procession. Pandharpur lies around 360 km from Mumbai, a nearly seven-hour journey by road. From Pune, it is around 210 km, and you can reach the place in around four hours.