Avkash Mann drops an exclusive audio sneak-peek of his upcoming release Jatt Di Star with VYRL Originals: Avkash Mann, a trailblazing young new artist and the son of the legendary Punjabi singer and actor, Harbhajan Mann; has just announced the release date and an exclusive audio sneak peek of his second Punjabi single ‘Jatt Di Star’ on 14th May 2020 with VYRL Originals. 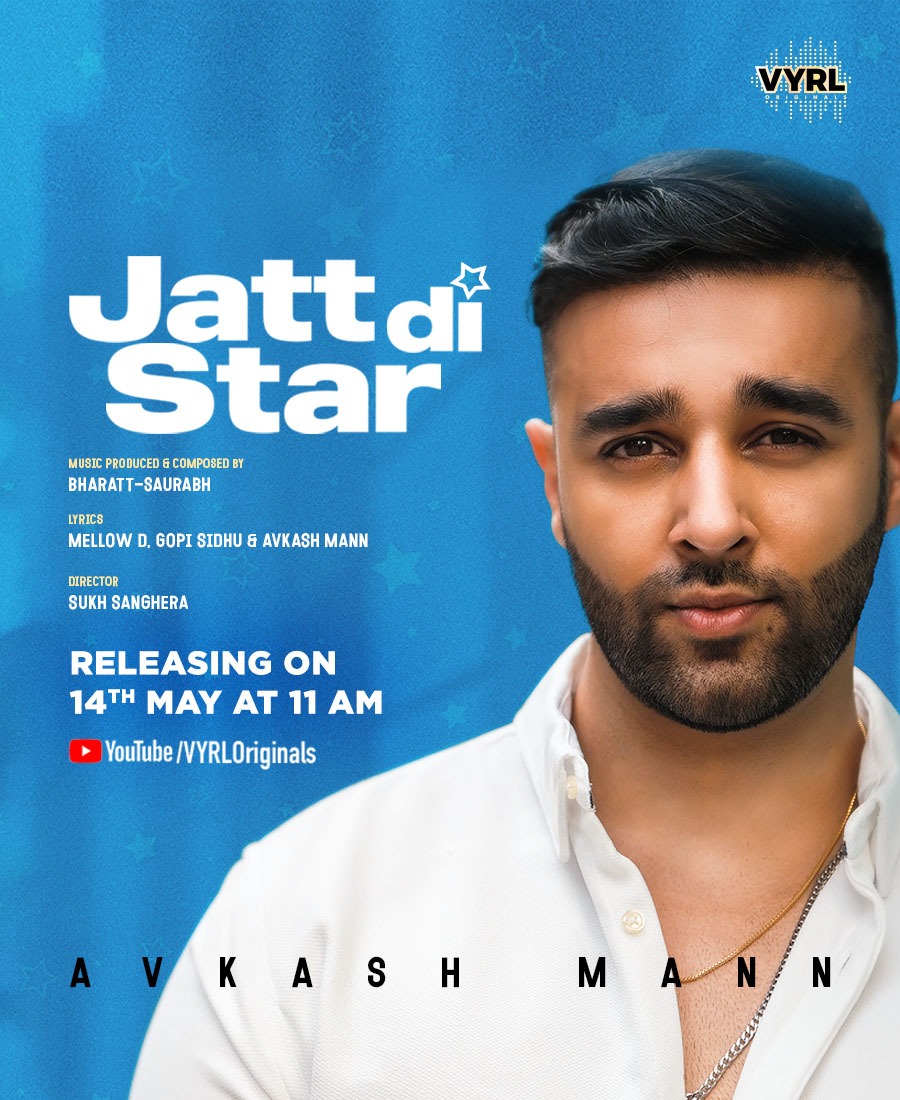 Jatt Di Star beholds to be an appeasing romantic pop song with Latin and tropical musical influences. Avkash Mann who has sung this beautiful track ‘Jatt Di Star’ will also be seen in the music video directed by Sukh Sanghera. The music is produced and composed by Bharatt & Saurabh and is written by Mellow D, Gopi Sindhu and Avkash himself.

Earlier in 2019, Avkash released his debut Punjabi single Tere Vaaste, which to date has garnered millions of streams across YouTube and major streaming platforms, and has warmly been acclaimed for its distinct and unique sound in music and composition.Apart from Punjabi songs, Avkash’s has also released English singles such as “Away” that has gained a spot in the acclaimed American Top 40 thatwas well-received worldwideand “Dreams” in December 2019, which marked a new shift in his career.

With his passion for music cemented, Avkash prides himself on creating quality diverse musical content, be it Punjabi, Hindi or English music and can sing, compose and write his material, with the success of his first three singles being prime examples of his talents. While respectfully honouring his fathers’ legacy, Avkash Mann continues to embark on his individual artistic journey on his own terms.