An awareness programme was organised by the Department of Telecommunications (DoT), Ministry of Communications, Govt. of India on Electro Magnetic Field (EMF) radiation and mobile towers today at Nirvana Club and Resorts in Ludhiana. The session was part of the nationwide public outreach campaign by the DoT to dispel myths around EMF radiation. The speakers provided scientific evidence and research to explain and remove the unfounded fear of citizens about radiation from the equipment on mobile towers. 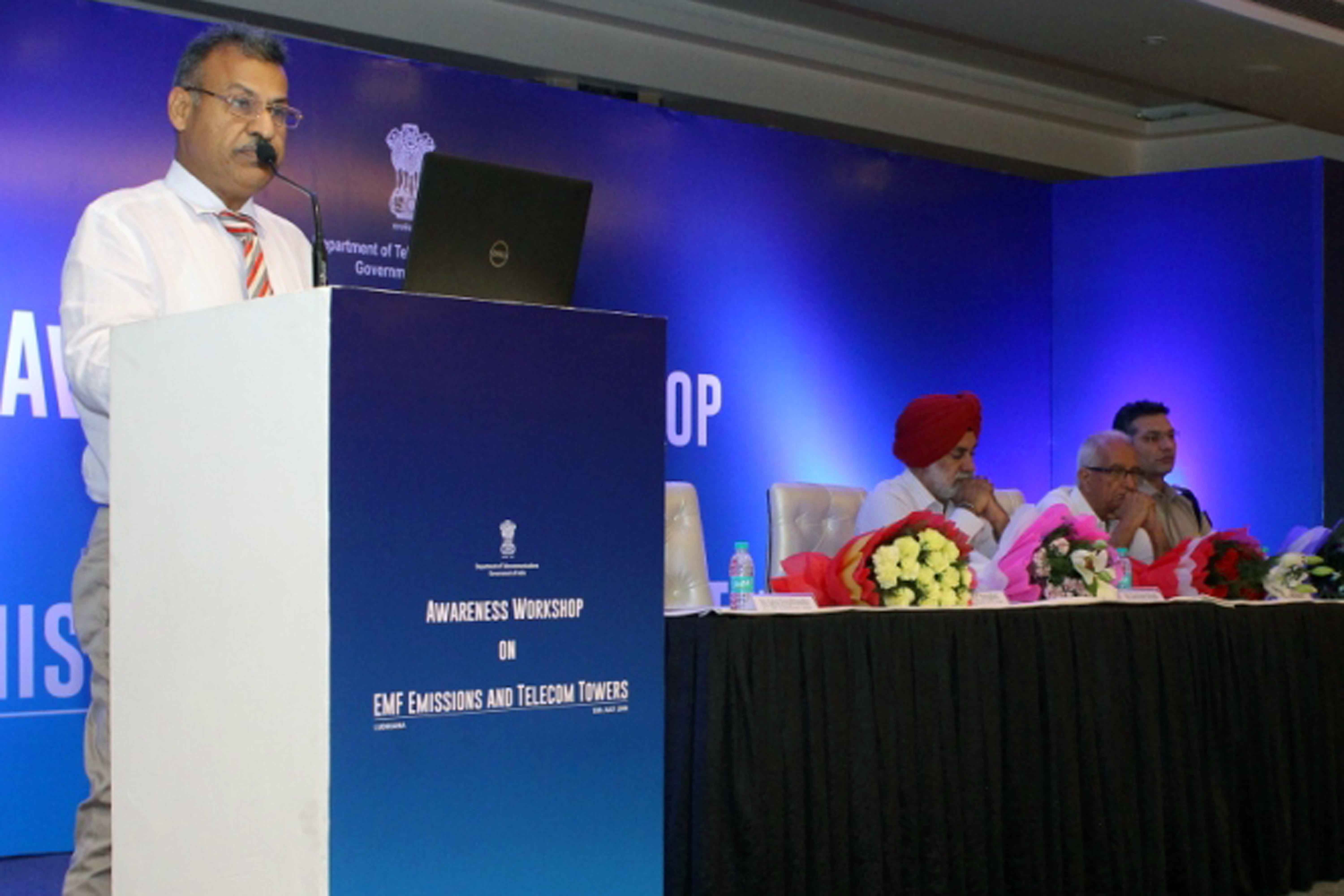 SK Chopra, Director, Telecom Enforcement, Resource and Monitoring (TERM), Punjab greeted the attending luminaries in his welcome speech and thanked them for taking out time from their schedules for attending the event.

RP Singhal, Deputy Director General, Telecom Enforcement, Resource and Monitoring (TERM), Punjab elaborated the role of DoT and the mechanism to ensure EMF Compliance in Ludhiana. Singhal in his address highlighted the adequate steps taken by the Government of India and DoT to ensure that telecommunications service providers strictly adhere to these prescribed norms.

The Commissioner, Municipal Corporation, Ludhiana Jaskiran Singh highlighted the importance of mobile connectivity in the development of a state and emphasized on the need of developing deeper understanding based on scientific evidence on matters pertaining to EMF. He lauded the efforts by the Dept. of Telecom in taking the right steps on dismissing the myths around EMF radiation. He said that the collective efforts from all the regulatory, public and private bodies are required for the overall development of telecommunications in Ludhiana. He also emphasized on the importance of broadening wireless connectivity in the city.

Iqbal Singh Sandhu, PCS, Additional Deputy Commissioner, Ludhiana, welcomed the measures taken by DoT and Telecom ministry for dispelling myths around EMF radiation. In his address, he mentioned that his department receives complaints from residents and locals on this subject and said that the Dept. of Telecom is taking right steps by creating awareness on the matter. He stressed on the fact that the public needs to be made aware about this subject and platforms like these are ideal to dispel fears about EMF radiation.

TK Joshi, Advisor to Health Ministry and Director, Environment & Medicine Program, Maulana Azad Medical College, New Delhi commended the Department of Telecom for conducting the EMF awareness program in the city. He said that such sessions are necessary for dispelling the myths around EMF and will help to deliver correct messaging in the society. Such programmes would act as a confidence building measure between the regulatory bodies and public. He stressed on the fact that people should believe in scientific evidence and not merely go by what they see or hear on social media. He clarified that as per studies and extensive research, there is no effect of mobile radiation to human health, and no correlation with cancer. He clarified that the World Health Organisation (WHO) has also reviewed over 25,000 articles and found no link of mobile tower EMF emissions and any adverse impact on human health.

Kuljeet Kaur, Director, TERM CELL, ended the event with vote of thanks to guest speakers, media and participants.

Post the session, the dignitaries were made privy to the EMF measuring testing on-site.

Bikers on their pan India tour for raising Tibetan cause reaches...