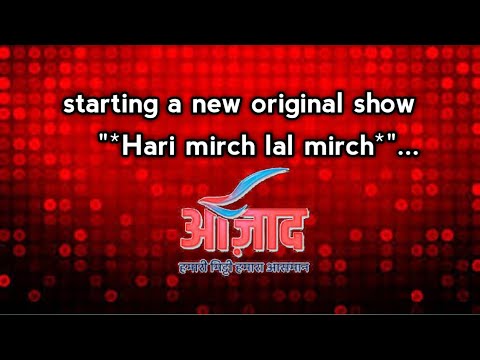 Launching on the auspicious occasion of Navratri on 11th October 2021 at 8 30 PM, Hari Mirch Laal Mirch Ek Teekhi Ek Karaari, is slated to be one the most entertaining dramedy on Indian television. It’s a Saas-Bahu show with a fascinating twist! It’s a first on television to see a Saas who lives a ‘dual-life’ of being as an obedient, responsible, dutiful housewife and is also seen as an incorruptible, tough as nails ‘thanedaar’ who rides a bullet effortlessly.

Her daughter-in-law is a fearless, mischievous, stubborn young lady filled with joy who is a hopeless romantic. The core comic element of the show is their relationship and the talented ensemble cast supporting them only adds to the laugh riot. They constantly agree to disagree with their opposing agendas leading to the most hilarious situations and rib-tickling nok-jhok!

Presenting the cast of the show that will surely have audiences love each of the characters:

Born and brought up in Delhi, Kashish Duggal has done over 100 TV series including Vishkanya – Ek Anokhi Prem Kahani, Hello Pratibha, Mooh Boli Shaadi, Bal Gopal Kare Dhamaal, films like Vishwas, Vidroh and Aakhiri Dastak. She earned her fame doing years of theatre and is known as the DD Queen in the that circle. 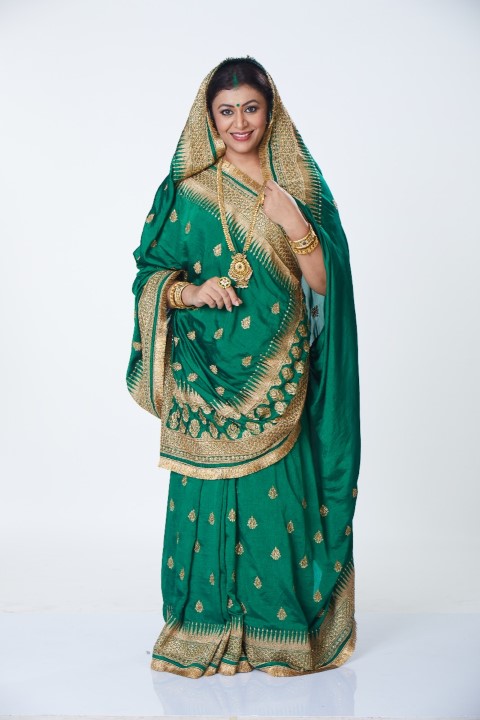 She has also hosted LIVE shows on Doordarshan and some of her best work includes Kisi Ki Nazar Na Lage. In HMLM, she plays every actor’s dream dual role of Pushpi and Jwala . Both the characters are so different but they seem to have become an integral part of her being and she hopes that the characters get as much love as they deserve.

Pushpi is a traditional, conformist, docile woman who is married into a family that has strong patriarchal values. She is a loving mother and matriarch who manages her family beautifully tending to the needs of one and all. She leads a dual life – that of being a ‘dabang’ police officer dreaded by criminal’s unknown to her family. Her husband supports her in this endeavour as she stives to constantly balance her family and career.  As Jwala, Kashish is a no-nonsense woman, a successful cop, strong, righteous, intimidating, brave, just and honest. From a ‘Saas’ who upholds traditions and patriarchal value systems within her family, as Jwala, she realises the value of individuality and liberty of women. 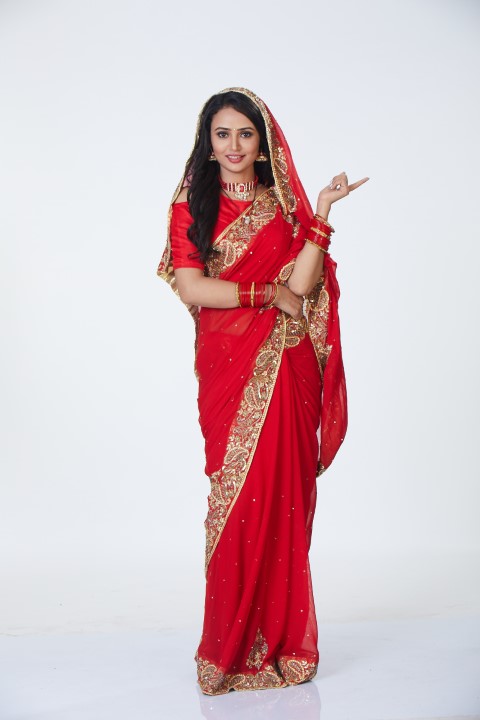 Aditi Rawat is from Delhi NCR (Ghaziabad) and some of best work includes Vighnaharta Ganesha, Kaleerein, Shivarjun Ek Ichchadhari ki Dastan and Main Bhi Ardhangini. As Tia in Hari Mirch Lal Mirch, she enacts a bold, fun-loving, highly individualistic girl from a fearless family, Tia is the daughter of a ‘Bahubali’. She was raised by men only and is bereft of feminine emotion due to the absence of a motherly figure in her life. She is a modern, pragmatic but emotional and loving, she can become manipulative to achieve what she desires. She believes – where straightforwardness has never a chance of working, crookedness flourishes.  From a stubborn girl who doesn’t get along with her ‘Saas’ and has no value system, she realises the value of honesty, justice and learns to respect elders and the importance of ‘adjustment’ to build relationships eventually finding a motherly figure and a balanced life. 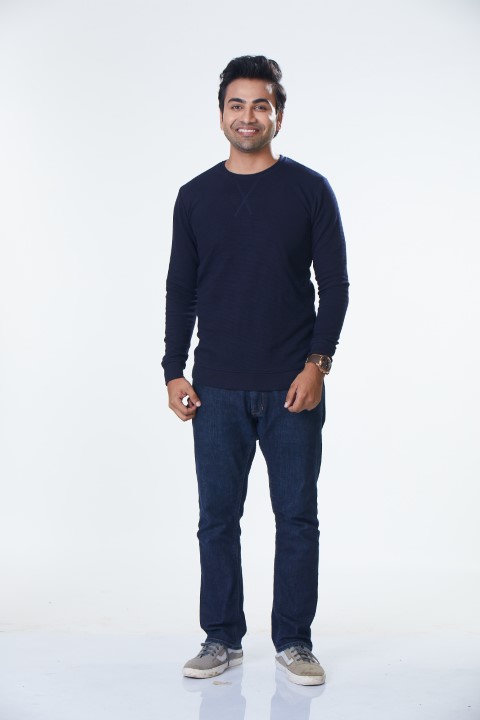 The male lead of Hari Mirch Lal Mirch, Abhinandan Jindal belongs to Chandigarh, Punjab and some of his best work includes like Sasural Simar Ka, Thapki Pyar Ki, Jiji Maa, Diya or Baati Hum, Krishna Chali London, Guddan Tumse Na Ho Payega and has also done commercials. The role in this show is that he is a very innocent young man, a Mumma’s boy. He wants to do something in life but his family members don’t take him seriously except his mother. So, he has a deep desire that disturbs him about having to prove to all that he can do something. He is somebody who has never been liked by girls too because of his name, Chamku. So, he’s awkward amongst girls too. Basically, he wants people to take him seriously. He has never fought or has the guts to physically abuse or fight with anybody so he is not a typical Bollywood macho guy!

He is a very simple, easy going and fun-filled character. He is a teacher in a school. He looks like a fool to others but he is sensible enough to react according to situations. He respects everyone. Even if he is scolded for wrong things, he never has a grudge against anybody. His wife is a cop but no one knows that in the family.

Sumit Arora is born and brought up in Delhi and then shifted to Kota, Rajasthan. Some of his best works includes Akbar Birbal, Hum Paanch Fir Se, Pavitra Rishta, Tarak Mehta ka Ooltah Chashma and Saavdhan India amongst others. Dablyu is Pushpy’s elder son. He is a gentleman and he has a daily routine of going to the shop in the morning and goes home in the evening.  An obedient son and caring son, he obeys his mother and worships his wife. He is still in his honeymoon period; he is romantic and always in a spot for holding his wife’s hand. 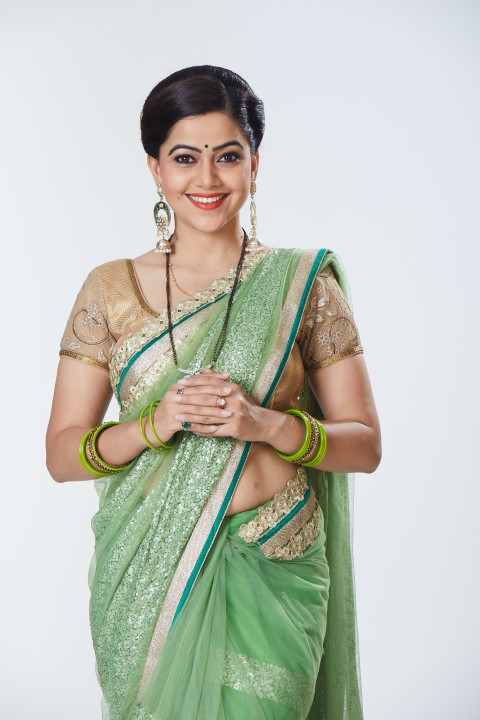 Anuradha Upadhyay belongs to Delhi and some of her best work includes Mann Me Hai Vishwas, Nimki Mukhiya and she has also acted in some Bhojpuri and Telegu films. Anuradha Upadhyay delights as Badami, Pushpy’s elder daughter-in-law. She is a very entertaining character in the family but she has a way of saying things that nobody understands. It’s hilarious because of the conversation she tries to have leaving everyone puzzled about what she’s implying. Dramatic, she feels that she is most intelligent girl but she is not. She is funny and cool and doesn’t care about other things other than her husband Dablyu. She is also still in her honeymoon zone despite being married for a few years and shares a good equation with everyone. 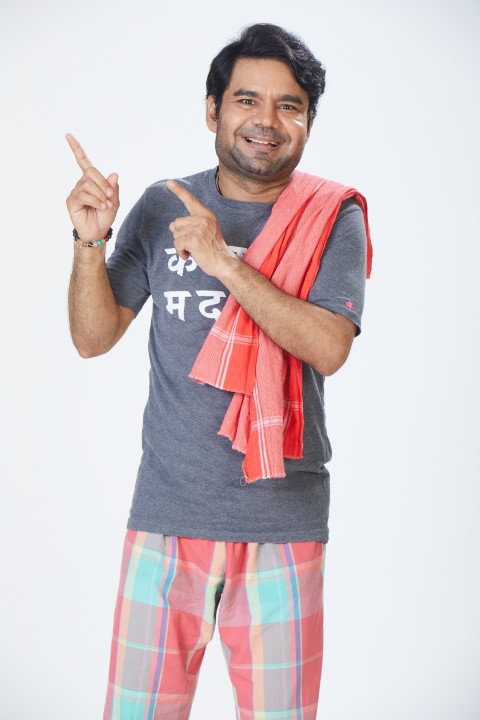 Mukesh Chandel is originally from Vaishali, Bihar and his family is settled in Ranchi, Jharkhand. He has played eminent roles in TV serial Nimki Mukhiyas, Ladies Special and others, many more web series like Secret Games amongst others and many commercials. As a servant in Hari Mirch Lal Mirch, Teju is lazy and yet innocent, straightforward, curious, witty, funny and honest. Brought up by the owner’s family in Azad Bhawan, he enjoys the freedom given by Tauji. The family is annoyed about his laziness and foolish behavior that drives everyone mad in the family. His ignorance about everything and his illogical sense makes every situation hilarious. He thinks himself to be an important part of the family and always wants to be counted in decision-making. He has no qualms about answering back to anyone at home. 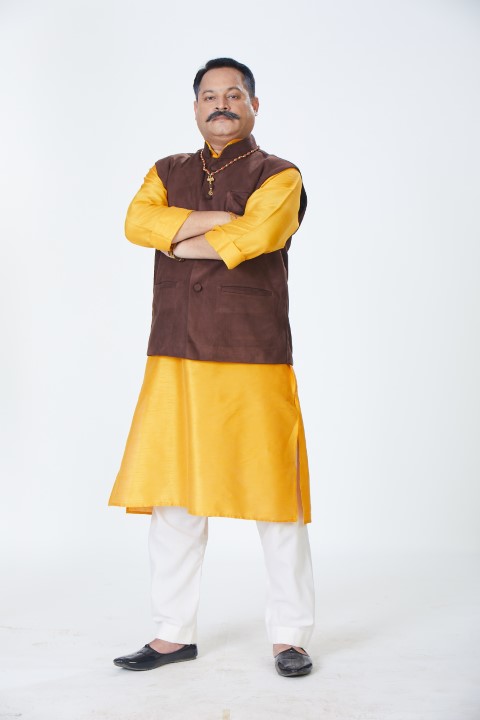 Brij Bhushan Shukla belongs to Delhi and some of his best work includes Saam Daam Dand Bhed, Hum Paanch Phir Se, in films like Haider, Tanu weds Manu Returns, Sultan, Poster Boys, Lucknow Central etc and web series like Ye Meri Family, The Insiders, AK-47, Breathe, Taj and many Ads with some of the best brands. PP Singh is an ex-gangster turned politician who also happens to a be pehelwan. There are tales galore of PP Singh winning bouts against wrestlers considered as stalwarts. His greed for power and money has got him into crime and politics and, here too, he has carved a niche for himself in the world of crime. He knows to get the work done by hook or crook. In his greed for power, he jumps into politics and has a strong-hold in the local elections. But beyond his outwardly appearance as a dabang goonda-turned neta lives a doting father whose daughter, Tia, is the apple of his eye. Since his wife passed away after giving birth to Tia, he has raised her in his own dabang way. PP Singh may be a terror to the people of Patna but Tia is someone who can terrorize him.

Beginnen Media was launched in October 2019 and is headquartered in Mumbai. Beginnen, as the name suggests, is the German word for ‘Commencement of Something New’. The Vision of the organization is to pioneer a ‘People Specific’ range of products and services. It aspires to create total consumer experiences by connecting with them through powerful stories tailor made for the rural mass and gradually be at every touch point that they are available at. The people centric philosophy that defines Beginnen Media is a set of guiding principles to build long lasting customer relationships.  Its Mission is to develop innovative, authentic, creative entertainment experiences and related multi-media products. Innovation is a strategic value at Beginnen Media and a fundamental part of its corporate culture. It believes in the power of collaboration and its core values include People Focus, Inclusion, Diversity, Empathy, Market Focus and Accessibility. www.beginnenmedia.com

Azaad is India’s ‘FIRST Premium Hindi Entertainment Channel that will feature Content Exclusively for the ‘Rural Mindset’. Azaad is available on DD Free Dish and select Distribution Platform Operators (DPOs) in the heartland markets from May 2021 with the premise of being ‘People First. Rural First’.  It features different genres of Drama, Action, Romance, as well as entertaining movies and Kids’ content. Azaad is available on DD Free Dish Channel No 36.