B’desh to export 1,450 tonnes hilsa to India for Durga Puja: As a gesture of goodwill, the Bangladesh government has approved the export of 1,450 tonnes of hilsa fish to India on the occasion of Durga Puja. 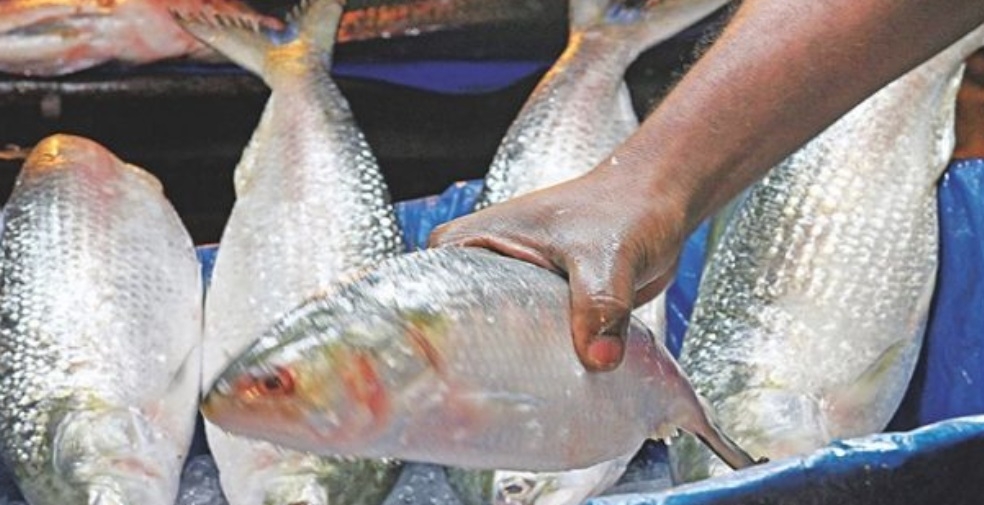 Bangladeshi hilsa is considered as a delicacy in India’s West Bengal, and people are willing to pay high prices for it. ‘Padmar ilish‘ (hilsa from river Padma in Bangladesh) is believed to be of superior quality in taste.

The Ministry of Commerce has given permission to nine local companies to export the hilsa.

“Nearly 200 exporters sought permission to export the fish. The government has given special permission to only nine exporters to export 1,450 tonnes of hilsa next week,” Syed Anwar Maqsood, Secretary of Fish Importers’ Association, told Media.

“It will be exported to Kolkata by next week through the Benapole-Petrapole border,” he added.

Bangladesh had banned exports of hilsa in 2012 and now it issues special permission for its export.

“The special permission was signed Thursday night and we were informed about it,” said Maqsood.

In 2019, the Bangladesh government led by Sheikh Hasina had lifted the export ban on hilsa for a temporary period from September 28 to October 10 and had sent 500 tonnes of the fish as a Durga Puja gift.

But after October 10, exports to India completely stopped again.

The traders hope to keep order continuing in the future as the production of hilsa is huge.