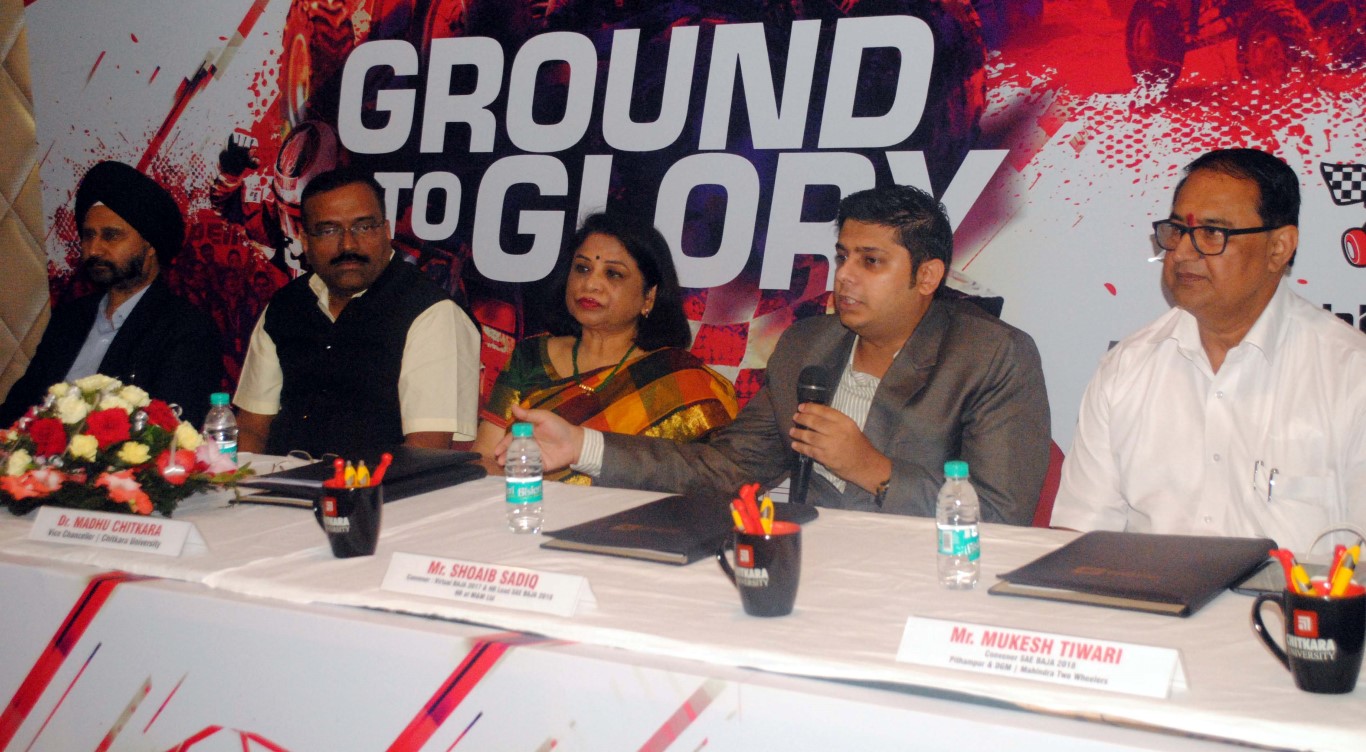 The redesigned Virtual round of BAJA SAEINDIA will be held on 14th & 15th July, 2017 at Chitkara University, Punjab. The teams have already started feeling the heat of this upcoming Mega Event which is due to be held in Chandigarh. With around 388 teams from various engineering colleges of India, 5 students from each team totalling over 2000 students, the battlefield is set and ready for these students to battle out their ideas.

In these two days event, the registered teams will be scrutinized for their knowledge and capability to participate successfully in the main event. Like last year, all the teams at the Virtual BAJA 2017 must make a presentation on their design, followed by a VIVA or Extempore, which will carry equal weightage in their final selection. The evaluation process will test every participant’s knowledge on Rulebook and General Mechanical and Automotive Engineering. Based on the performance in Virtual BAJA, the teams would be selected for participation in the main event to be held IIT Ropar, Punjab or NATRiP, Pithampur near Indore.

BAJA SAE Series® is an event for the undergraduate engineering students, organized globally by the Society of Automotive Engineers, USA. The event spread like a wildfire since its inception in the year 1976 and broaden its horizon in the countries like USA, Mexico, South Africa, Korea, Brazil & India.

In India, the BAJA SAEINDIA (Society of Automotive Engineers) began its journey in the year 2007 and was launched under the leadership of Dr. Pawan Goenka (during his tenure as SAEINDIA President) and the convenorship of Dr. K.C. Vora. As SAEINDIA ventured on to the unchartered territory of holding a mega-event of this scale, NATRiP came forward to lend a helping hand through an earmarked zone at its upcoming proving grounds- NATRAX, situated at Pithampur, Indore. Similarly, IIT Ropar came forward to lend a helping hand at it Roopnagar location from 2018.

BAJA SAEINDIA tasks the students to conceptualize design, build, test & validate a single-seater four wheeled All-Terrain Vehicle (ATV) to take part in series of events spread across a course of 3 days. The finale will be held at the NATRIP facility at Pithampur near Indore, from 24th to 28th Jan, 2018 followed by HR meet on 29th & 30th Jan, 2018 and IIT Ropar from 8th to 11th March, 2018 followed by the HR Meet on 12th March, 2018.

A remarkable feature unique to BAJA SAEINDIA is the adoption of a new theme every year. This year the theme for BAJA 2018 is ‘Ground To Glory’. The passion, hard work and perseverance of the budding engineers, who start their journey from scratch and traverse throughout the year to come up with their dreams converted into reality, the fervour to take up challenges and ability to maximize efforts is rightly justified by this theme. It shall drive the standards and boundaries of our capabilities to new scales and prove BAJA to be a ground of glory for all the people associated to the event in the form of learnings they take away from the event. 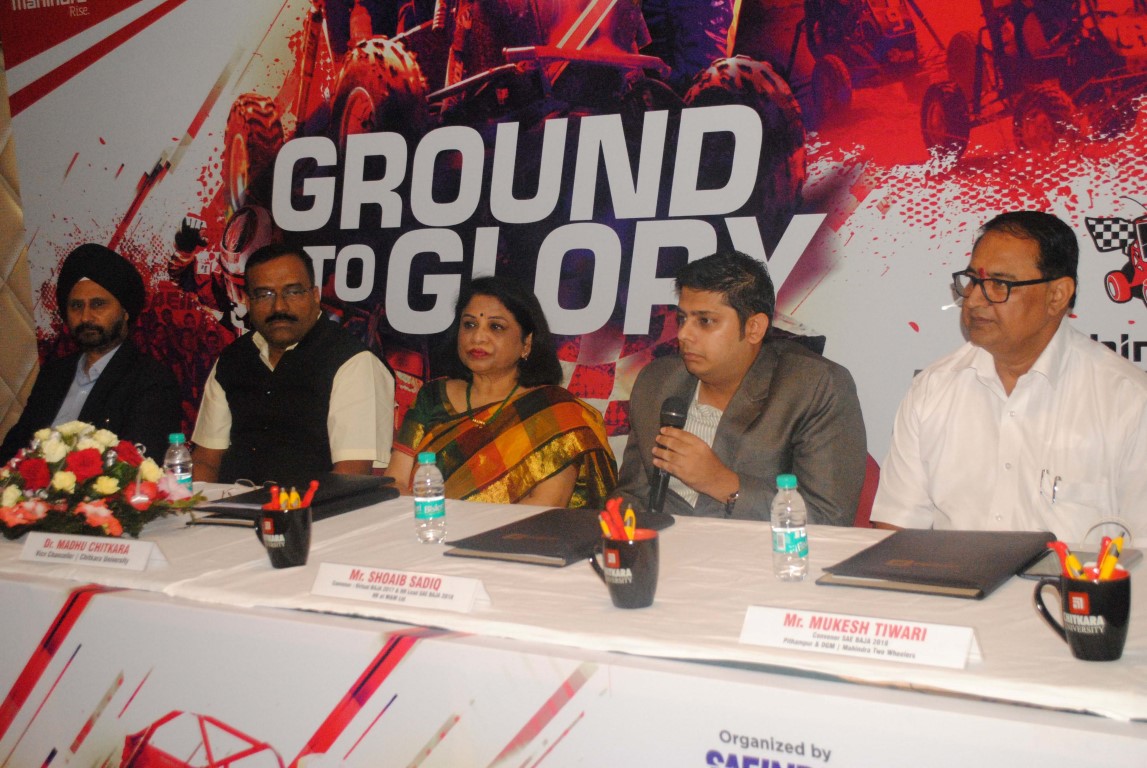 Speaking at the conference, Mr. Shoaib Sadiq, Convener – Virtual BAJA 2017 & HR Lead SAE BAJA 2018 said, “This event has been built through shared passion and ardor among students all over the country, who have the zeal and the intent to venture further. Students undergo a leap’s bound in terms of technical knowledge along with an experience, which leads to the addition of an astonishing dimension to their overall persona. These individuals are surely propelling the Indian Auto Industry to new heights”.

Speaking at the conference, Dr. Madhu Chitkara, Vice – Chancellor Chitkara University said, “I am delighted to see that over the years, BAJA has grown in popularity and has become a bigger event nationally signifying its increasing popularity. I have seen the enthusiasm of students who have been participating in this competition. I must say it is an apt platform for the young engineering talent to showcase their skills and acquire a real-life experience. We are glad to extend our support and look forward to contribute more to this competition”.

Boosting your child’s brain: Factors that can make the world of...