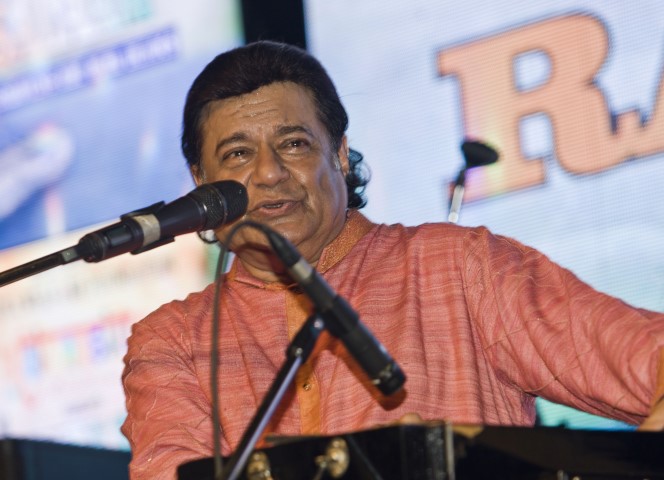 Shri Anup Jalota alongwith a vibrant troupe, which also performed in this evening kept the large audience spellbound. This mega event was organised for the troops and families of Chandimandir Military Station as a part of entertainment programme of this current year.

Before Shri Jalota started his magical Ghazals and devotional songs, his troupe presented Bollywood hits from 70’s and 80’s along with patriotic songs and few latest hindi film songs.Shri Jalota mesmerized the audience not only with Bhajans but also with Ghazals and Hindi song from the film ‘Ek Duje Ke Liye” ‘Koshis kar ke dekhle …..’