newznew (Chandigarh) : The Punjab Governor and Administrator UT Chandigarh Mr. V.P.Singh Badnore and Mr. Navjot Singh Sidhu, Tourism and Cultural Affairs Minister, Punjab had detailed discussion with the representatives of IHHA on how tourism and culture can help in creating job avenues especially in the rural areas of the State. Departments of Tourism of UT, Chandigarh and Haryana also participated in the meeting.

It was also decided in the meeting that Punjab Tourism Department would formulate a good heritage and tourism policy in the state to give a renewed vigor to the Heritage Tourism with total emphasis on generating employability in the rural areas of the State. 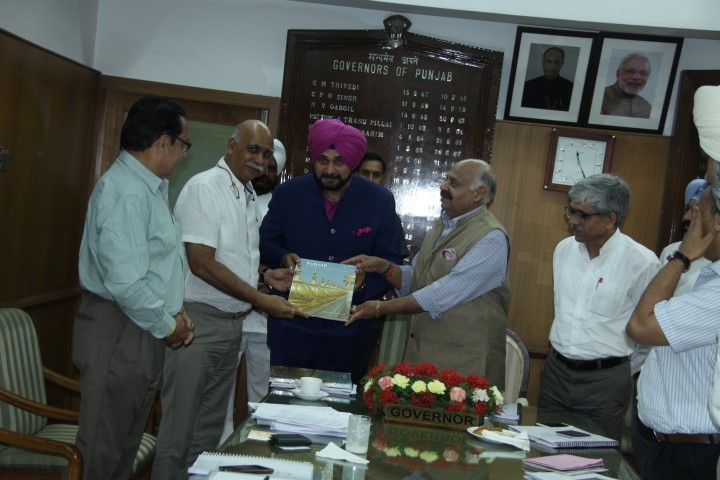 A Presentation was made by the Indian Heritage Hotels Association before the officers of Tourism Department of Punjab, Haryana and Chandigarh with a view to highlighting the potential of increasing tourism in three states.

Supporting the Concept, Mr. Navjot Singh Sidhu, Minister of Tourism, Government of Punjab stated that he was very keen to promote culture and heritage tourism. He has assured the Governor that Punjab State would be on the forefront of developing heritage tourism and stated that there was a great scope for converting a lot of these heritage properties into destinations including wedding destination. Heritage properties are not only palaces and forts but also homes, havelies, mansions etc. these too could be converted, said the Minister.

It was also observed by the IHHA that most of the heritage properties are in rural areas which could be converted into heritage assets  lack infrastructure i.e. power, water, drainage, skills etc. where the Government’s  support was required. They have urged the Government to vacate the occupied heritage building to be converted into museums, hotels as is done all over Europe. It was pointed out that Indus valley Civilization assets needed to be promoted.