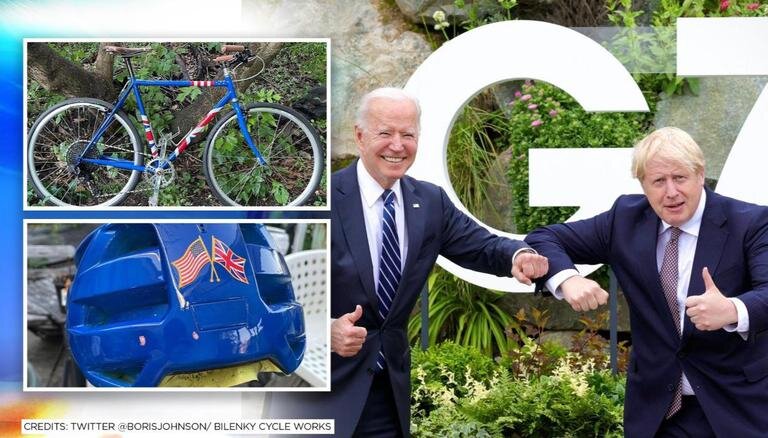 According to a BBC report on Saturday, the bike was made by the Philadelphia-based Bilenky Cycle Works, a business with a staff of four who usually take up to 18 months to make a machine.

The US State Department has contacted the company’s owner, Stephen Bilenky, on May 23 about designing the cycle with a matching helmet, the BBC quoted the Philadelphia Inquirer newspaper as saying in a report.

It newspaper report added that “the budget was just $1,500, a third of the minimum price the firm charges”.

As they met for the very first time on Friday just ahead of the formal opening of the Summit, even Johnson gifted Biden a framed picture of a mural showing the US anti-slavery campaigner Frederick Douglass.

“The image of the former slave, who became a leading figure in the 19th-Century abolitionist movement, is part of Edinburgh’s mural trail,” said the BBC reported.

The three-day gathering, hosted by Johnson, will end on Sunday.

They will be addressed by renowned naturalist David Attenborough.