NewZNew (Mumbai) : The housemates wake up to the song ‘My Name Is Lakhan’ and notice that their special guest – Imam is sleeping in the sky lounge trying to prove that he definitely stands out from the rest. Mandana tells Imam that she’s always played the game on her own and refuses to take Prince’s support to get ahead in the game. 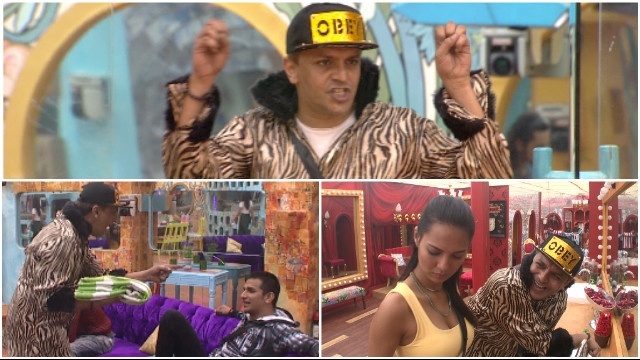 Priya notices that her tiger print jumpsuit is missing and says that she has doubts on Imam. Later, Imam is seen convincing Priya to change her look and turn into a fashionista. Mandana blames Rishabh for using inappropriate language while talking to the ladies in the house and they further get into an argument. Mandana goes to Imam and complains about Rishabh’s behaviour.

In the afternoon Bigg Boss introduces the ‘Kaun Imam’ task where the housemates have to ignore Imam while he has to get reactions out of them. The task brings out Imam’s crazy side to fore as he tries to instigate the housemates to react. Further, Imam begins to target the girls by blocking their space. He calls them names and also accuses everyone for being mentally sick. Imam tests Prince’s patience by teasing him as ‘nakli takli’.

Later on, he blocks the living room door with chairs, sofas and tables so that the contestants in the garden area are unable to enter into the house. The task get crazy and wild as the contestants are hell bent on proving that they can ignore Imam and win the task. The task comes to an end in the evening followed by a series of discussions.