On the occasion of 64th birthday of Prime Minister, Narendra Modi, the Bharatiya Janata Party (BJP), Chandigarh carried various cleanliness drives and held blood donation camps at the different places of the city. The State President of the BJP, Chandigarh, Sanjay Tandon remained present at all these activities. 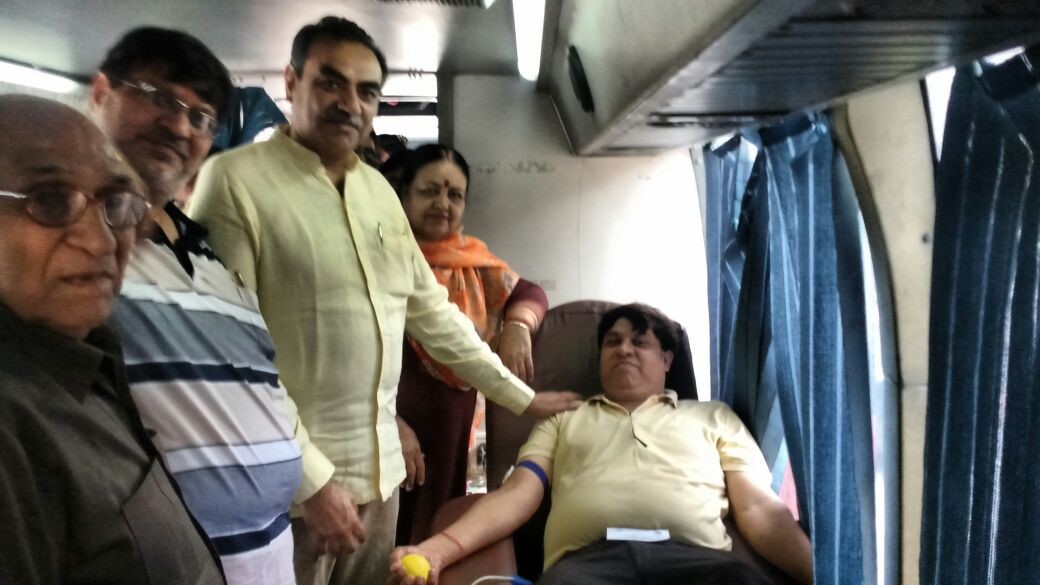 While sharing the details, the co-ordinator of media wing, Ravinder Pathania said, “Sanjay Tandon led the cleanliness drive of BJP Yuva Morcha in Sector 8 and later on initiated the drives in district 4 and in Bapudham Colony. He also thanked the BJP workers who organized a blood donation camp in sector 46. Besides, he led the cleanliness drive in sector 24. Apart from this, he also took part planting the saplings in village Darua”.

While addressing the local gathering, Sanjay Tandon informed, “We have pledged to keep the city clean and we wanted to express our gratitude towards the PM who has been working hard in implementing the vision of ‘Clean India’. Due to his efforts this has become people’s movement and its impact can be seen everywhere now. The people across the country are observing his birthday as ‘Seva Divas”.

Also Read :   All universities and affiliated colleges in Punjab to be "Tobacco Free" : Vini Mahajan