BJP’s service and dedication campaign will run for 20 days on Modi’s birthday: The illustrious Prime Minister of the country, Narendra Modi, is completing 20 years of serving the countrymen as a public representative. 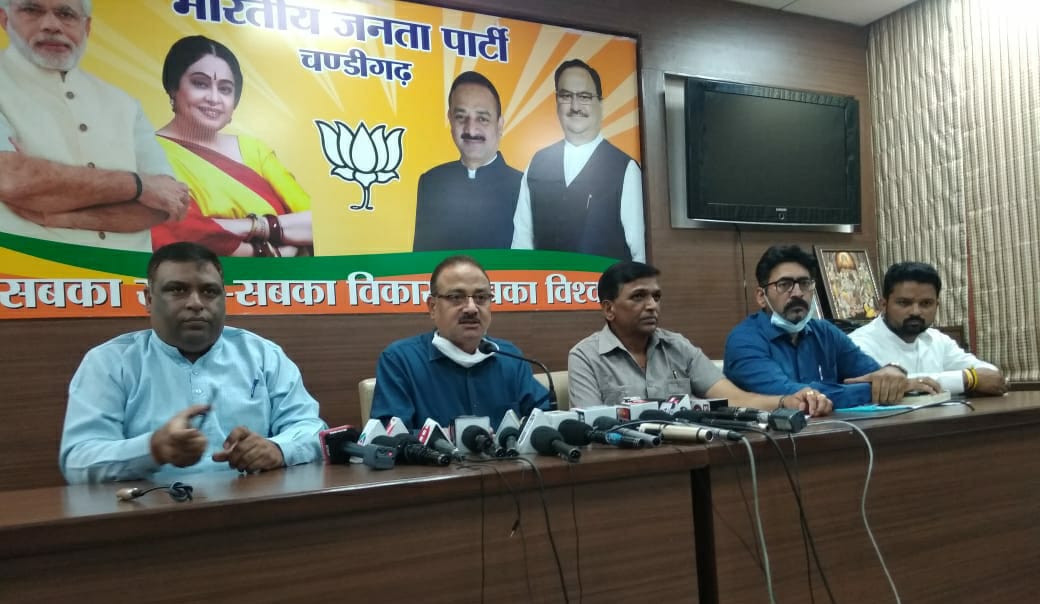 This year too Bharatiya Janata Party is celebrating the birthday of Prime Minister Narendra Modi across the country from September 17 to October 7 as a dedicated service campaign. In this series, the Chandigarh BJP will also go to the public under this campaign and undertake social service.

Arun Sood informed that in Chandigarh also the 71st birthday of Prime Minister Shri Narendra Modi will be celebrated under the Seva and Samarpan Abhiyan and for this, 20 different types of service work will be carried out for 21 days. Under this campaign, the party will organize exhibitions based on the personality of Prime Minister Narendra Modi at the district level, organize 6 blood donation camps, organize 6 medical camps, distribute fruits, distribute stationery, undertake distribution of ration and ration bags under Pradhan Mantri Garib Kalyan Anna Yojana, cleanliness programmes, organization of vaccination camps, service work related to Antoday scheme, cleaning of rivers, distribution of fruits, sweets, clothes and other items of need to orphanage, Pingalwada and differently-abled, people.

On this occasion, State President Arun Sood said that Prime Minister Narendra Modi’s whole life has been dedicated to the service of the country, the birthday of such a great person will be celebrated with great enthusiasm and all the workers will celebrate birthday programs with reverance which will last for 21 days.

Similarly, on September 25, a committee of district president Ravindra Pathania, Jatindra Malhotra, Rajendra Sharma and Manish Bhasin has been formed to celebrate Pandit Deendayal Upadhyay’s birth anniversary at the booth level. And for the programs of Gandhi Jayanti on October 2, a committee has been constituted under the leadership of State Vice President Prem Kaushik, Ramlal Bairwa, State Spokesperson Naresh Arora and District President Satendra Singh.

Apart from these, the office bearers of all the district, morchas, cells, departments have also been given responsibility. All public representatives and workers will be involved in these programs.

The birthday of Prime Minister Shri Narendra Modi will be celebrated with great gusto, enthusiasm and respect.

We must work for India-Pakistan peace: Kailash Satyarthi to Malala Yousafzai

How to Cook Roasted Carrot-Jaggery Halwa