Blogger Utpal Khot’s contribution to the Lifestyle and Food Industry is commendable: Utpal Krushna Khot is an award-winning food and lifestyle blogger and social media consultant. 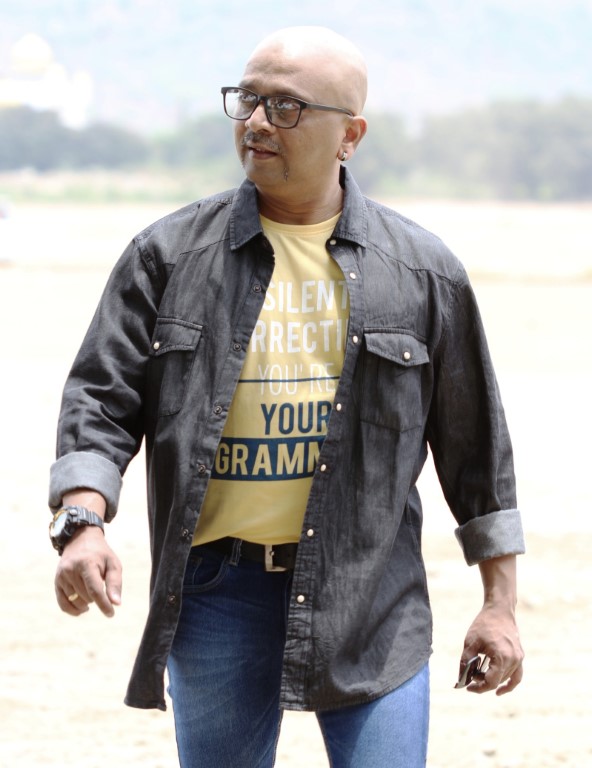 He is senior board member of International Bloggers association.

Born in 1972, he earlier used to work at Executive level Research professional in IMRB. He worked as a General Manager in reputed organizations like Eminence. He has also served at senior level positions in various other companies like: Infobridge Technologies, Centrum Forex, Sumair Forex and Creative Global services. However, this Mumbaikar decided to quit his job one fine day and follow his passion.

Although he was very successful in his former career, the urge to do something that is closer to his heart took over! Today, Utpal is a reputed food and lifestyle blogger and owns a wonderful blog called fashionablefoodz.com.

He has contributed over 600 articles related to food, lifestyle and travel to his blog. Also, he helps fellow bloggers edit their food related articles from time to time. He also works as an Independent Food and recipe consultant when time permits, with various chains of restaurants.

A quick look at his blog would give you a fair idea about how important he considers food for physical health as well as mental well-being.

His love for cooking dates back to when he was a kid. He loved to experiment variations of recipes his mother used to cook. This leisure cooking started getting appreciation from friends and family which inspired Utpal Khot to document his recipes in blogs and videos. Utpal is Keen about recipes that are tasty yet healthy.

He is inclined towards having a fit body and always encourages his readers to follow a healthy lifestyle. Did we mention that UK’s love for trying out different cuisines makes him an avid Traveler, too.

His love for eating healthy, working out and living life full size by following one’s passions, traveling the world and contributing to the world as a compassionate human is clearly reflected in his blogs.

Utpal Khot has won many awards and honors in his field. He has also been featured in various magazines and newspapers including Mid-Day and the Mumbai Mirror. His views and opinions in the form of Tweets often get featured in leading national dailies like The Times Of India.

Some Awards and honors that Utpal has received are:

# Impressive performance in an Onground PR campaign for bringing 700 plus Influencers and Bloggers from around the country under one roof for an Event hosted by Godrej popularly known as L’affaire.

#His blog fashionablefoodz.com is amongst the Top 30 best Indian Lifestyle Blogs.

#His blog Fashionablefoodz.com is listed 20th amongst the best Indian Top Blogs in 2019 along with stalwarts like Verve and Filmfare Magazine. This is incidentally the third successive year of getting featured in the Indian Top Blogs.

Last but not the least, Utpal believes in being good and doing good, too. He says apart from personal and professional growth one must work to bring about a positive change in the word. He currently runs an NGO – Being The Real Human Foundation which works for the cause of animals.

Voters’ I-CARDS to be distributed by Jan 25