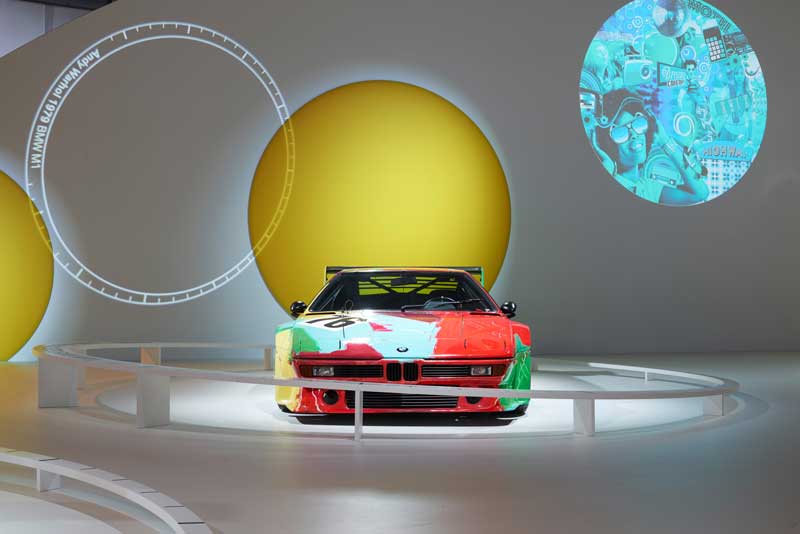 NewZNew (Munich) : Lichtenstein. Warhol. Koons. Stella. Calder. Rauschenberg. Holzer. Elíasson. Since a BMW 3.0 CSL painted by Alexander Calder lined up for the Le Mans 24-hour race exactly 40 years ago, the BMW Art Car Collection has fascinated both art and design enthusiasts as well as car and technology fans all around the world.

Ever since the invention of the motor car, artists have drawn inspiration from the thrill of speed, from the phenomenon of mobility and from racing cars as examples of modern sculpture. Since 1975, BMW Art Cars have been a central feature of this story. The idea behind the BMW Art Cars was the brainchild of French racing driver and art enthusiast Hervé Poulain: 40 years ago, Poulain asked artist friend Alexander Calder to apply his creative talents to his race car. Together with Jochen Neerpasch, then BMW Motorsport Director, the first BMW Art Car was born – and it became an instant crowd’s favourite on the race track. Since then, new additions to the BMW Art Car Collection have been made over the years at irregular intervals, with unique works of art from artists such as Andy Warhol, Roy Lichtenstein, David Hockney and Jeff Koons. 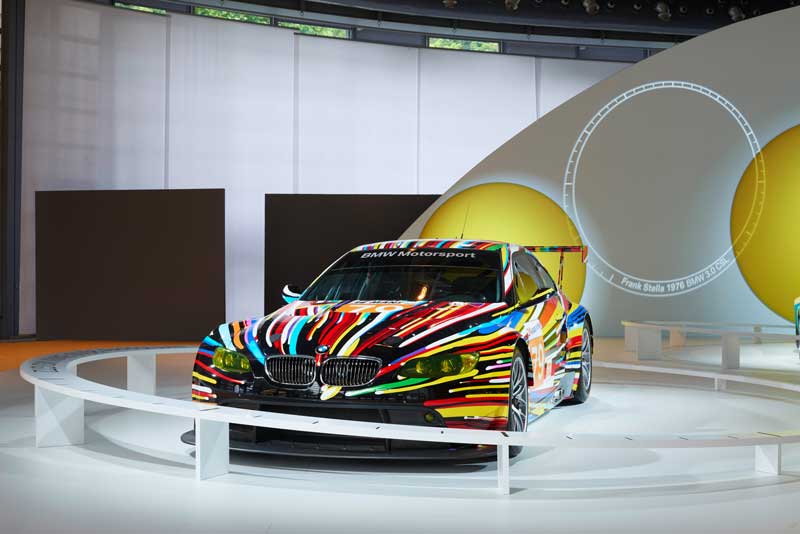 “The BMW Art Cars provide an exciting landmark at the interface where cars, technology, design, art and motor sport meet,” reflects Maximilian Schöberl, Senior Vice President, Corporate and Governmental Affairs, BMW Group. “The 40-year history of our ‘rolling sculptures’ is as unique as the artists who created them. The BMW Art Cars are an essential element and core characteristic of our global cultural engagement.”

The anniversary celebrations got under way with exhibitions in Hong Kong, at the Centre Pompidou, the BMW Museum and the Concorso d’Eleganza at Lake Como, where the first four BMW Art Cars by Alexander Calder, Frank Stella, Roy Lichtenstein and Andy Warhol, plus the M3 GT2 created by Jeff Koons, were all on display. Further presentations are set to follow later in 2015 in New York, Miami and Shanghai.

Various image material of the BMW Art Cars can be accessed and downloaded via the global BMW PressClub: https://www.press.bmwgroup.com/global/photoTeaserList.html?left_menu_item=node__9537

For video footage please refer to the link below: https://www.press.bmwgroup.com/global/tvFootageTeaserList.html?left_menu_item=node__9537

The group of seventeen artists who have designed BMW models so far since 1975 is very international, and interest in the “rolling sculptures” has spread all around the world. Several cars are usually on display at the BMW Museum in Munich, the home of the BMW Art Cars, as part of its permanent collection. The remaining BMW Art Cars are travelling the globe – to art fairs in Los Angeles, London and Hong Kong, as well as exhibitions at the Louvre, the Guggenheim and the Museum of Contemporary Art Shanghai. 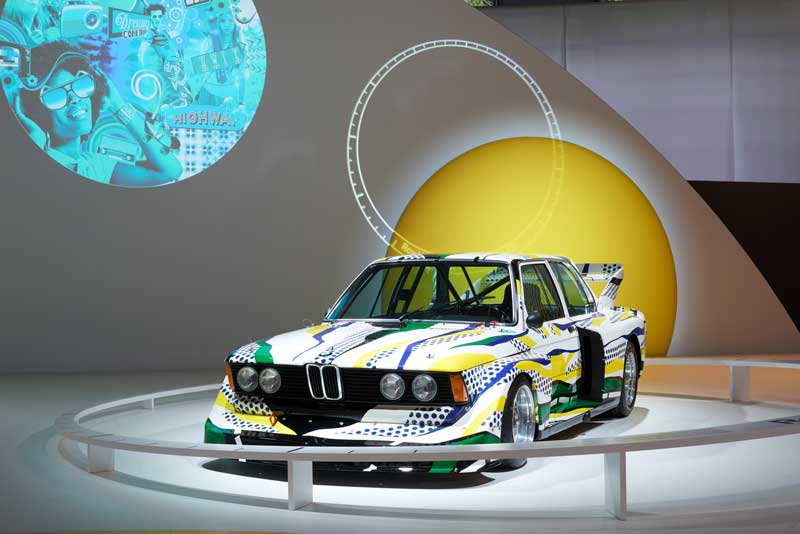 The BMW Group would also like to introduce the 40th anniversary of the BMW Art Car Collection into the public sphere through social media. While exploring the vision of each artist for their car on its social media channels, the company also wants to ask people what the ‘art of the car’ means to them. To track the content, it will be shared under the hashtag #BMWArtCar.

In 2014, Hatje Cantz published the first comprehensive publication on the BMW Art Cars. The 200-page book is richly illustrated and reviews the history of this extraordinary collection of cars from its beginnings in 1975. It uses portraits and interviews to shed more light on the various artists’ themes and approaches.

Further information on the BMW Art Cars publication can be found here: http://www.hatjecantz.de/bmw-art-cars-5319-1.html

For more than 40 years now, the BMW Group has initiated and engaged in over 100 cultural cooperations worldwide. The company places the main focus of its long-term commitment on modern and contemporary art, jazz and classical music as well as architecture and design. In 1972, three large-scale paintings were created by the artist Gerhard Richter specifically for the foyer of the BMW Group’s Munich headquarters. Since then, artists such as Andy Warhol, Roy Lichtenstein, Olafur Eliasson, Jeff Koons, Zubin Metha, Daniel Barenboim and Anna Netrebko have co-operated with BMW. The company has also commissioned famous architects such as Karl Schwanzer, Zaha Hadid and Coop Himmelb(l)au to design important corporate buildings and plants. In 2011, the BMW Guggenheim Lab, a global initiative of the Solomon R. Guggenheim Foundation, the Guggenheim Museum and the BMW Group celebrated its world premiere in New York. The BMW Group takes absolute creative freedom in all the cultural activities it is involved in for granted – as this is just as essential for groundbreaking artistic work as it is for major innovations in a successful business.

Over 2 million coupons and vouchers offered to mobile users by...