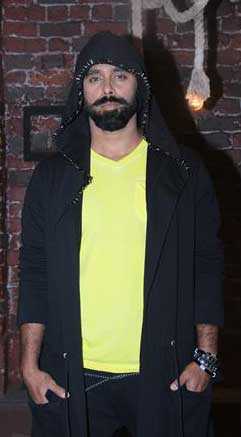 NewZNew (Chandigarh) : After a hiatus for almost 6 years, ace choreographer Bosco Martis is returning to television with &TV’s latest offering So You Think You Can Dance ‘Ab India Ki Baari’. Wearing a yellow T-shirt and a long black hooded cape, the choreographer in all his #SWAG looked nothing less than a dancing superhero during the promo shoot for the upcoming dance reality show.

Bosco believes that the show will help showcase the world the huge pool of dancing talent in the country and the fact that we are at par with the global standards. The world’s biggest dance show will stand witness to an epic battle which will see two dance forms, Stage and Street fight it out for the greatest honor.  Bosco Martis, known to make the Bollywood actors groove to his tunes, see as one of the three judges on the show, will be judging the contestants basis their ability to integrate interesting dance moves and present something magical!