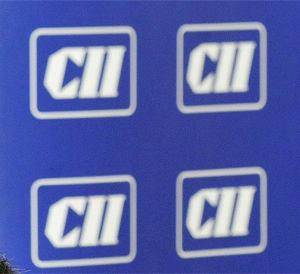 Confederation of Indian Industry (CII) Punjab State Council submitted its Pre Budget Memorandum to state Government  for the upcoming Budget session of the state. “The key recommendations include bringing all experts on industrial safety under one Bureau; rationalizing taxation and simplifying the VAT refund process. Besides the focus is on giving impetus to the local Industry while making Government Purchases. Better connectivity of big industrial centres with international airports must also be provided,” says Sandeep Jain, Chairman, CII Punjab State Council.

Industrial Safety Bureau
In its Pre-Budget recommendations to the Punjab government, CII has suggested setting up of a comprehensive wing on Industrial safety with experts on various aspects of industrial safety and will guide & help the local Industry comply with safety norms and standards. This would also ensure that safety of workmen & management is handled with a holistic approach.

Power reforms
In the power sector, CII has recommended that Electricity load enhancement be simplified. A policy may be made which has a mechanism whereby some percentage of enhancements over existing load of an industrial user could be permitted annually without formalities so that his or her routine expansion needs are covered.

Tax reforms
Recommending changes in tax reforms, CII has called on the Punjab government to form a uniform set of rules, displayed at the district headquarters, as it will help the industry to understand the seniority list system and manage its cash flow. The change of rules for making a seniority list for VAT refunds of industry needs to be made more transparent at the AETC office level.

CII has recommended that the Four stage tax verification should be undertaken selectively and onus should not be on the claimant. CII has recommended that a person cannot be held responsible for the activity of any other person or his business. The claimant can prove his bonafide but not for others. Besides with computerization of the whole system, such anomalies of Tax evasion are expected to be detected at the initial stage itself without the need of four-stage verification.

CII has recommended to the state government to extend the Zero Tax & equivalent benefits to the existing Food Processing Industry in its policy to create a level playing field for both the existing and new units in Food processing sector.
Rationalisation road tax for industry-owned buses meant to ferry staff & workers as Rs 3 lakh per year tax is very high. This can also have a positive impact in terms of hiring women workforce especially from nearby villages & towns.

Upgarde SSI units to medium scale
CII has recommended need to upgrade SSI units to Medium scale units by giving these units special incentives. To motivate Small Scale industrial sector to upgrade to medium scale by crossing the Rs 10 crore threshold limit of investment in plant and machinery, they should be given some special incentives.
CII has called upon the state government that the units going in for major expansions be treated at par with new units and be provided Industrial Incentives at par with large units. CII also recommends that incentives granted to the existing units under expansion should be the same as granted to the new units.
CII has called for simplification of resumption of Industrial Plots through a transparent policy for hassle-free re-allotment of vacant plots

CII has urged the state government that preference be given to domestic industry while making Government Purchases.
CII requests state government to notify to all departments that while making any purchases, preference should be given to the domestic manufacturer wherein the domestic manufacturer meets all the set standards and comparison of prices quoted should made on the base price which is exclusive of taxes.

CII has called on the state government to adopt hand holding approach to facilitate better compliance with environmental norms. Government should come out with a structured manual in this regard.

CII recommends that the state Government should ban the Truck unions or issue strict directions to them which desist these unions from resorting to intimidating and unlawful tactics and action against the Industry.

CII, in its recommendations has also listed key Enablers for Reviving Industrial Growth, called upon the government that a scheme of SPVs or similar joint working groups with participation from local administration, Industry and Society be formed which can look into the task of for maintenance of Focal Points & Industrial Areas. Some special budgetary allocation linked to revenue collection from that area/town should be made to improve the existing Industrial Infrastructure in the state.

Alberto Torresi has come up with “Private edition” collection