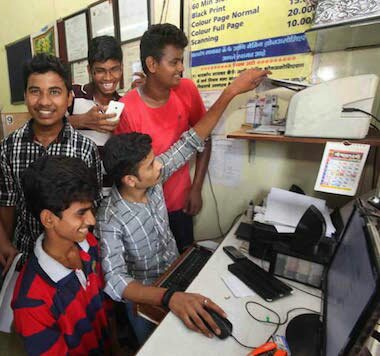 A total of 93,295 students passed the intermediate (class 12) compartment exams, report adds. BSEB 12th result of compartment exams have been published for all streams at once today; Science, Arts and Commerce. In the compartment exams, pass percentage recorded for Arts stream is 72.75%, 69.29% for Commerce and 70.3% for Science stream.

BSEB result 2017, 12th compartment result were uploaded online today (August 12) at around 11 am but the board had not informed of the declaration priorly. Nonetheless, it’s a great news for the students who’ve waiting and hoping to pass the 12th class and get involved in the admission activities, not losing a year of their career pursuits. Anand Kishore, the BSEB Chairman told the media that upto 2017, compartment examinations were not organised for the 12th class students in the state, but as the number of failing students increased, the board had to take solid measures to help the students, not counting the challenges the board has to face in past 2 years amid topper scam and paper leak reports. Students who wrote their compartment exams in July, may visit the official website www.biharboard.ac.in to check the Bihar 12th compartment result 2017. Each student will have to enter his/her unique roll number to access the result and download the provisional marks sheet.

The marks sheet should be downloaded for use in admission purposes, it will be considered valid, however, the original marks sheet which will be dispatched by the board later, is mandatory to be shown for proof at the institutions. Students may check their BSEB 12th compartment result 2017 HERE. The results are published at Indiaresults.com, an official partner website of BSEB to publish results.

Wonder of ‘Dabbawalas’ at Saffron, JW Marriott Chandigarh from 11th May...