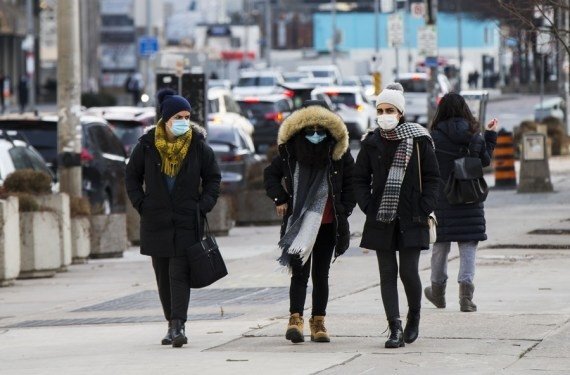 The Covid-19 activity is steadily declining in Canada. Compared to last week, there has been a 10 percent decrease in the number of people with Covid-19 being treated in hospitals each day, for a daily average of under 3,500, according to the Public Health Agency of Canada (PHAC) on Friday, Xinhua news agency reported.

Of the hospitalized, on average just over 1,300 were being treated in intensive care units, which is down four per cent and an average of 41 deaths, down 15 per cent, were reported daily.

“Over the past seven days, we’ve seen a more than 25 percent decrease in daily cases with a current average of just over 5,000 new cases being reported daily,” PHAC said in a statement.

“But with the long weekend coming, we’ll need to maintain precautions to sustain our progress and avoid a post-holiday spike,” added the agency.

Some Canadian provinces are taking tentative steps toward reopening amid a decline in Covid-19 cases.

In Ontario, which is Canada’s most populous province with a population of 14 million, outdoor recreational facilities will reopen with some restrictions on Saturday as outdoor gatherings of up to five people will be allowed again.

On Thursday, the province announced a three-step reopening plan that will lift public health restrictions based on vaccination rates and other health indicators starting in mid-June.

The plan came as the province’s control over the pandemic is improving due to current health measures.
The current stay-at-home order in the province will remain in place until June 2, with the exception of those newly announced changes to some outdoor activities.