SONIA, RAHUL, OTHER CONGRESS LEADERS CONDOLE DEATH OF RAJMATA
Punjab Chief Minister Captain Amarinder Singh has been bereaved following the sad demise of his mother, Rajmata Mohinder Kaur, who passed away in her Patiala home this evening. 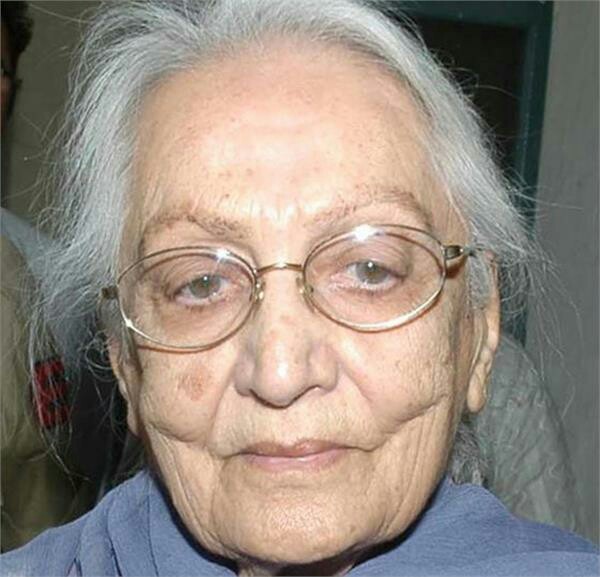 A former Congress MP, Rajmata Mohinder, aged 96, had been keeping unwell for some time. She breathed her last at the family’s Moti Mahal residence in Patiala at 7.24 p.m., as a result of multiple system failure triggered by a natural weakening due to old age, according to an official spokesperson.
Captain Amarinder has rushed to Patiala to perform the last rites, which will be conducted on Tuesday. The cabinet meeting and other programmes scheduled for tomorrow stand cancelled, an official spokesperson said.

Rajmata had not been keeping too well for some months and had even been hospitalised in PGI Chandigarh in March this year after Gastro-Intestinal bleeding. She is survived by two sons and two daughters.

Mohinder Kaur, wife of the late Maharaja of Patiala, Yadavindra Singh, was born in Ludhiana, undivided Punjab, to Sardar Harchand Singh Jaijee, a nobleman of Patiala State and a member of the Patiala Riyasat Praiya Mandar (Patiala State Peoples’ Forum, an affiliate of the Indian National Congress). She got married at the age of 16 in 1938.

A former member of Lok Sabha and Rajya Sabha, Rajmata had been actively involved in various political, social and other philanthropic activities.

Several dignitaries from across the country have mourned the death of the royal matriarch.

All India Congress Committee (AICC) president Sonia Gandhi, Vice President Rahul Gandhi and other senior leaders of the Congress called up the Chief Minister to express their condolences.