Cramp is an episode of sudden and severe pain in the muscles (eg of the leg). It is caused by an involuntary contraction of  muscle.When the motor system is stressed, either by a neuromuscular disease or by a physiologic stress such as dehydration or excessive exercise, cramps become more frequent. Cramps can last from a few seconds to up to few minutesAfter the cramps have passed, there may be pain and tenderness in the limb for several hours. Majority occur during sleep. 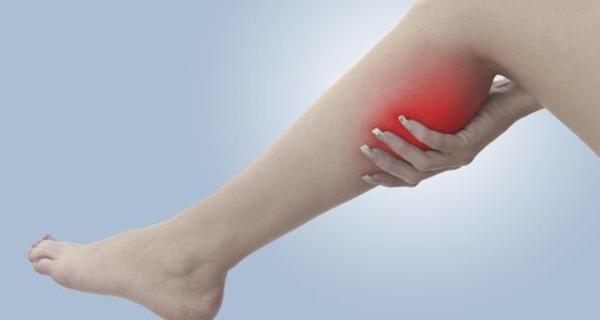 1 Idiopathic (no apparent cause)

Treatment for a cramp:

Stretching and massaging the affected muscle can usually relieve an attack of cramp.

Most cramps soon ease off. Painkillers are not usually helpful as they do not act quickly enough. However, a painkiller such as paracetamol may help to ease muscle discomfort and tenderness that sometimes persist for up to 24 hours after a cramp has gone

If you take quinine you have a good chance of reducing the number and/or severity of leg cramps; however, it may not stop them altogether. One tablet at bedtime is the normal dose. Most people can take quinine but do not take it if you are pregnant or may become pregnant. There are also some rare conditions where you should not take quinine. These include a previous reaction to quinine; a previous haemolytic anaemia; optic neuritis; glucose 6-phosphate dehydrogenase deficiency.

1) You think your medication may be causing your leg cramps.

2) You get leg cramps frequently, or they are so painful that they disrupt your sleep and you are unable to function normally the next day.

3) If the muscles in your legs are shrinking or becoming weaker.

4) Cramps develop after you come into contact with substances that could be toxic (poisonous eg mercury, lead) or infectious (a cut that is contaminated with soil, which can lead to tetanus)