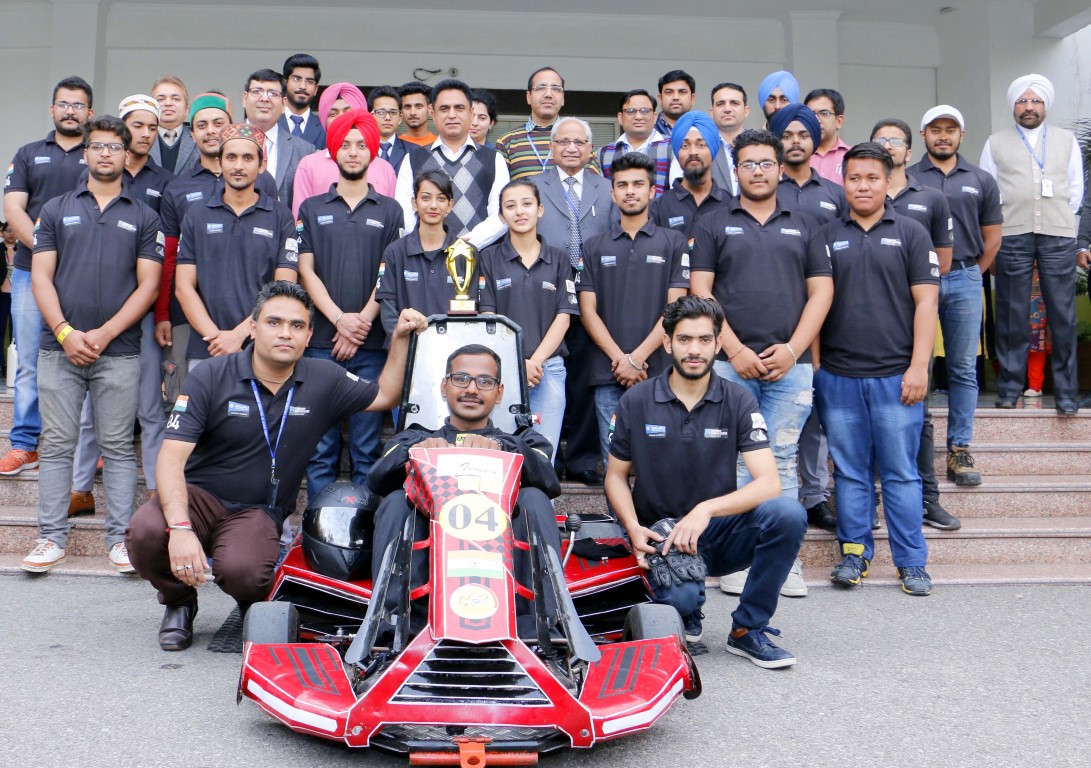 The team of CGC Jhanjeri participated in the competition for  first time & bagged First Runners Up Trophy in Autocross event & won the first rank in North India. The team was guided by Prof. Virat Saroop and Vimal & Kali Prasad Kar  captain & Vice Captain respectively. The competition consisted of some basic tests like DisASM Test (Dissembling & Assembling the Vehicle), Technical Inspection Test, Turning Radius Test (performed on either side of a circle), Acceleration & Brake Test (picking up a speed of 40km/hour & then applying brake to stop the vehicle within the specific distances).

This test comprised of Skid Pad Test in which the figure of 8 was to be made in a track made from bajri & gravels, Auto Cross Test in which 36 conical obstacles were to be crossed without touching anyone of them and Endurance plus Fuel Economy Test. The team of CGC Jhanjeri completed the Auto Cross Test in just 46.5 seconds and won the First Runners Up Trophy with a cash prize of Rs. 10,000/-.

Speaking on the occasion, Rashpal Singh Dhaliwal, President CGC said that CGC is proud of these students. He declared a special budget of Rs. 10 lakh for Projects & added that in future also all expenses on such prize winning projects will be borne completely by the management. He announced a cash prize of Rs. 21000/- for this team.