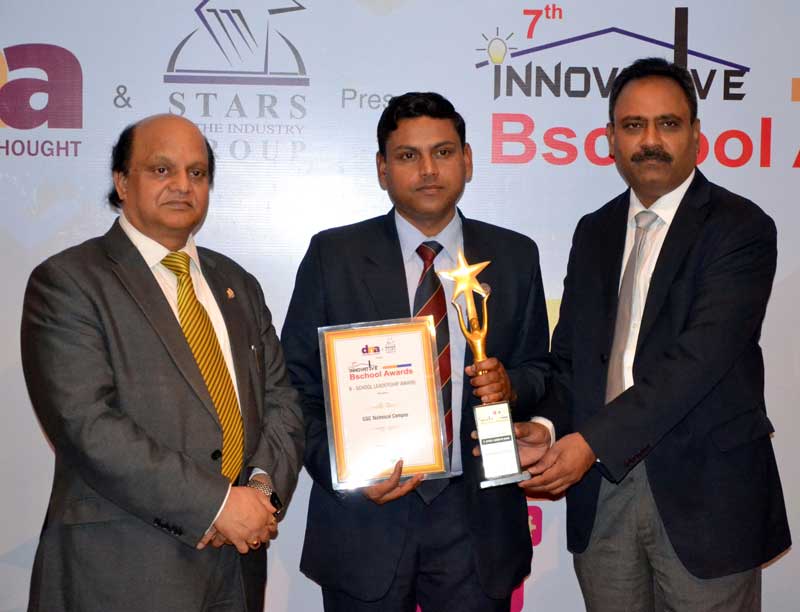 NewZNew (Mohali) : Chandigarh Group of Colleges Jhanjeri has been awarded the  National Leadership Award-2015 Based on excellent number of placements, pay package and a strong industry interaction. The Institute has been conferred this honor by DNA and Star of the Industry Group for their 7th Innovation B-School award ceremony at World Education Congress 2015. Dr. Y. K. Bhushan, Director IBS, Mumbai and Dr. Chandra Mauli Dwivedi, Director Dalmia Institute of Management Studies & Research honored Principal of CGC Jhanjeri by giving this prize. The award distribution ceremony was held at Taj Land’s End Hotel, Mumbai.

Commenting on this remarkable achievement, Rashpal Singh Dhaliwal, President, CGC said that student’s placement forms the top priority for CGC Management. Our first batch of MBA passed out in 2014 in which all the students were placed before they passed out, some of them had three to four offer letters in their hands. In 2015 also majority of the students have already been placed and the remaining are likely to be placed before they pass out in July 2015. Dr. G. D. Bansal, Director General, said, it is a matter of great pride that out of 2400 B-schools in the country, CGC Jhanjeri is the one institutes who have won awards in this function.