The issue of to shift car bazar from Halomajra-Ramdarbar to the safest place of city is going to heat up. At present car dealers are seems not in the mood to end this issue anymore. To shift the car bazaar the car dealers had held a protest march against municipal corporation last week, today once again car dealers under the banner of the Chandigarh Car Dealer Association, held protest march against the Chandigarh Administration and the Municipal Corporation. Car dealers also raised slogans against the administration and corporation. 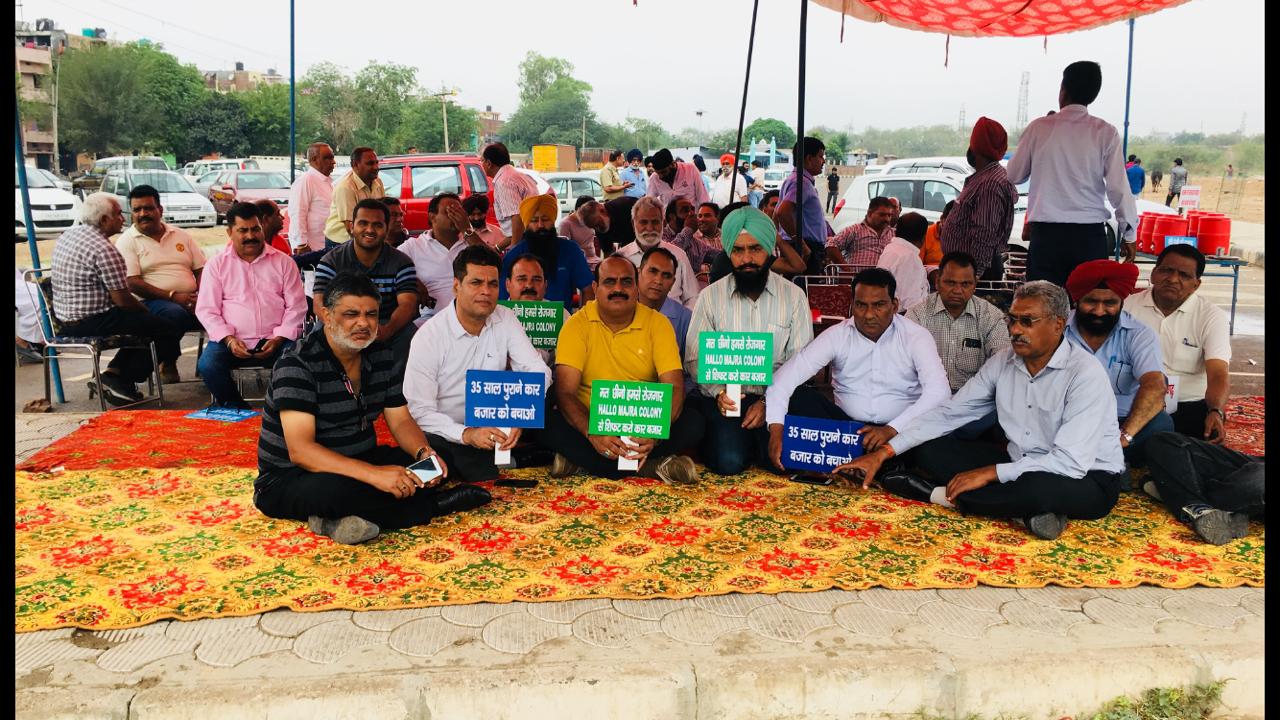