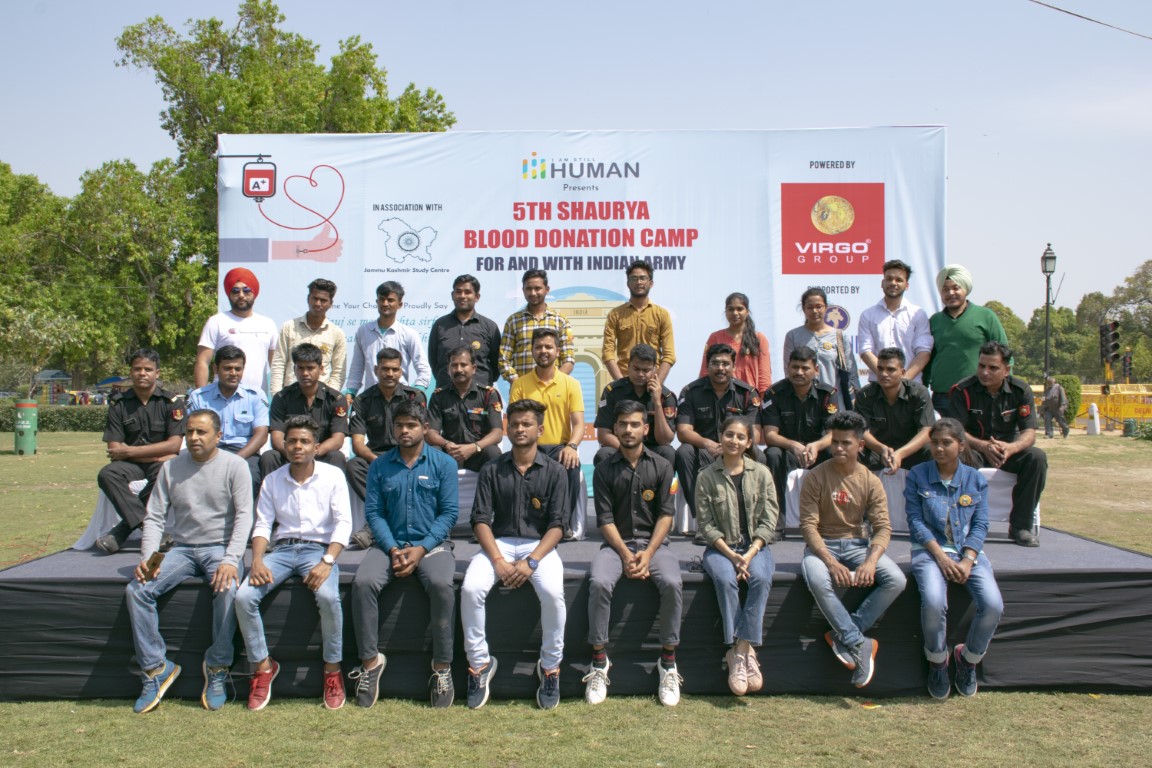 I Am Still Human, a front running Non government Organisation (NGO) from Chandigarh, has done the city proud by holding a blood donation camp for the Indian Army at India Gate in capital New Delhi. The camp was unique as it collected  blood from donors for personnel of the illustrious Indian Army. A pathology team of Indian Army was present at the venue in uniform and took blood from the donors and the collected blood will be used by the Indian Armed Forces. 400 units of blood was collected.

The camp was held in association with Virgo Laminates, Rock and Storm and Jammu Kashmir Study Center . To show solidarity with armed forces a bike rally of 1000+ bikers moving together in a formation of 2 towards India Gate, New Delhi, from South Extension Part II was also organised.

Speaking on the occasion Gen. K.J Singh said, “It is I Am Still Human’s 5th blood donation camp for Indian Army and I have seen people coming forward to stand up with Indian Army with this initiative and it really keeps the morale high of Indian Army and helps it with more blood supply at military hospitals.” Mr. Vivek Mehra , Founder , I am Still Human said, “This is a way of contributing for the army and I feel it is important to actually do something constructive rather than just sitting back home and posting comments on the social media. It is high time we as country stand united with our armed forces.”

Doctors fight during operation in Jodhpur while performing an emergency C-Section...

Thomas Cook India reiterates its strategic intent to tap the ...