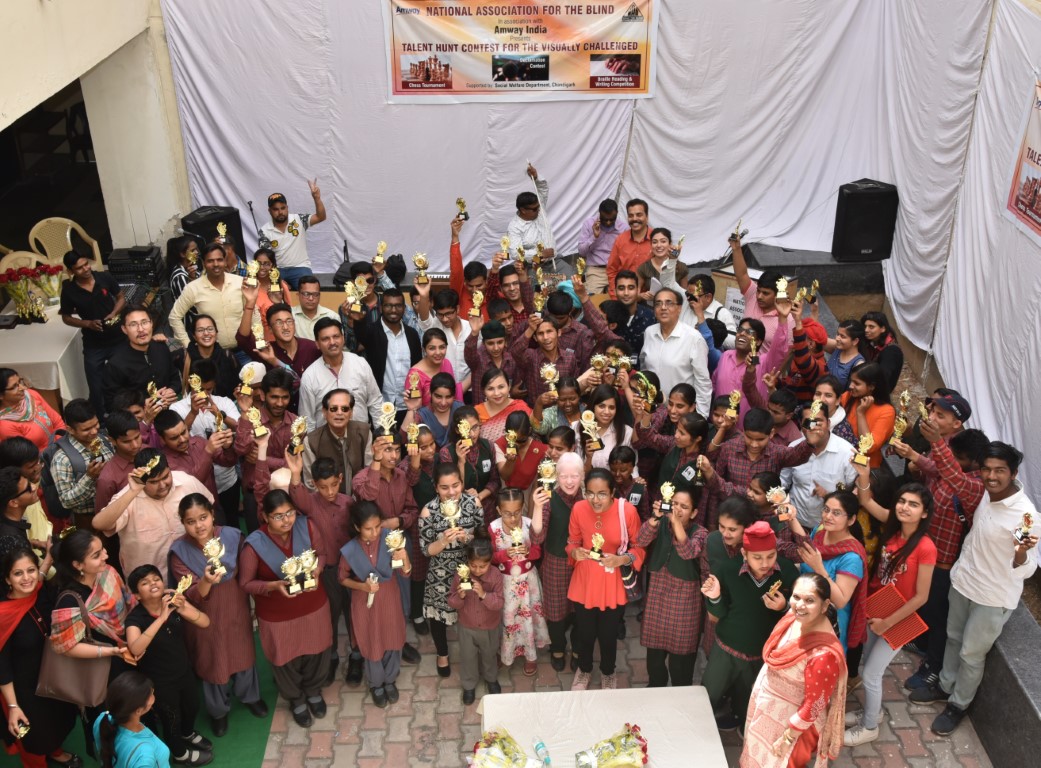 The talent hunt received an overwhelming response with around 100 participants. Winners who ranked first in Braille reading and Braille writing were Kirandeep, Gaaganjyot, Sunaina, Afzal and Tulsi . Shubham was named as the winner of the chess competition. The debate competition was won by Kashish.

“It is heartening to see that the visually impaired are getting the opportunities of actively participating in the mainstream activities. I highly appreciate Amway’s initiative of organising these competitions with the visually impaired and encouraging them achieve their goals & compete with the world,” said, Vinod Chadha, Hony. President, National Association for the Blind, Chandigarh & Punjab state branch.

The ‘Talent Hunt’ was an extension of Amway’s continued celebrations of 210th birth anniversary of Louis Braille which the company celebrated with its 11 NGO partners across India for eleventh consecutive year by organizing myriad initiatives.