newznew (Chandigarh) : The Chandigarh-Punjab Union of Journalists (CPUJ) organized a rally at Sector – 17 Plaza to mark the May Day and to recall sacrifices of the people who gave up their lives for the cause of working class. On this occasion a large number of journalists formed a human chain by holding hands of one another to press their genuine demands. 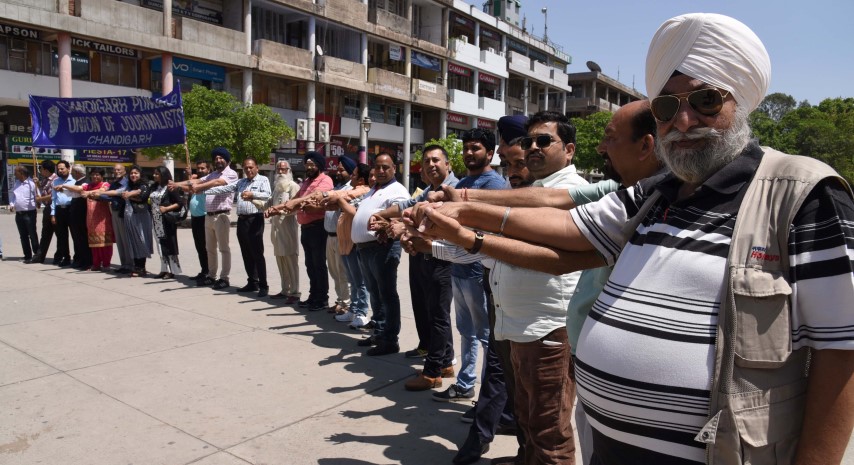 Earlier he thanked Punjab Chief Minister Capt. Amarinder Singh for accepting some of union’s demands and urged him to implement the decision at the earliest. He further demanded to accept the remaining demands of union which were included in the Congress election manifesto.

Punjabi Cinema to get its Epic Love story ‘Channa Mereya’ on...