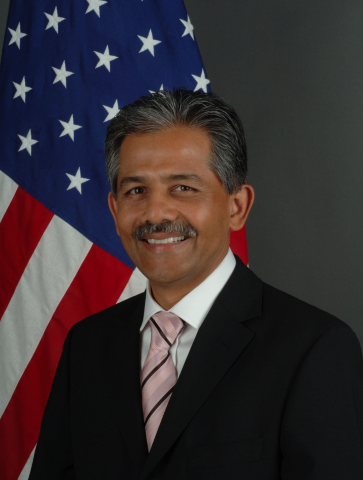 “I am delighted that Ambassador Thummalapally has agreed to join our Board of Directors,” said Mr. BVR Mohan Reddy, Founder & Chairman, Cyient. “He had a very successful track record in the corporate world and provided distinguished service to the U.S. Government. I am confident that he will bring significant new perspectives and guidance to our Board and leadership team.”

Commenting on his appointment, Ambassador Thummalapally said, “I have been impressed with Cyient’s growth, diversification and global track record in the engineering and technology services industry. I also admire Cyient’s long-standing dedication to corporate social responsibility. I am honored to join the Cyient Board of Directors and look forward to helping the company achieve continued growth.”

As U.S. Ambassador to Belize from 2009 to 2013, Mr. Thummalapally helped to strengthen bilateral ties between the two countries in the areas of economic development, education, citizen security and healthcare. Ambassador Thumallapally thereafter served as Executive Director, SelectUSA, part of the International Trade Administration under the U.S. Department of Commerce. SelectUSA was established as a government-wide initiative to attract and retain business investment. Ambassador Thummalapally managed the execution of SelectUSA’s strategy to create jobs, spur economic growth, and promote competitiveness.

Ambassador Thumallapally spent over three decades in the U.S. private sector. During his tenure of fourteen years as President of MAM-A, Inc. (formerly Mitsui Advanced Media), the company became a leader in the optical disc manufacturing industry. He holds two patents in this field and has also won several professional awards.