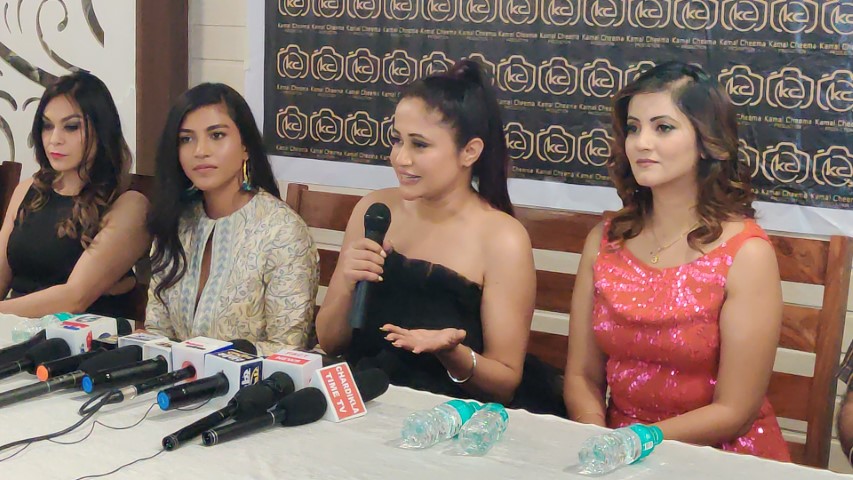 She has now planned to focus on young talents now. “I don’t want young talent to indulge in a long tiring  struggle  rather I believe my platform will help younger models to flourish of course with healthy struggle,” said Kamal Cheema.

She further added Modelling as a career has now become a much wanted choice with thousands of aspirants chasing the dream of being the next fashion model.” Those days are over where you could be counting on your fortune to get recognized, as now there`s a one-in-a-million chance of it happening. It requires commitment, dedication, and determination to become a model. “

She further added, “To stand out and get noticed, you need to plan, prepare, and execute a strategy.”

It is also important for a model to have a good mindset, a lot of grace and elegance, and who knows this better than Kamal Cheema, a stunning, talented Mumbai fashion model who made her name in the industry with her charm and hard work. Kamal is an experienced model based in Indian`s financial capital, Mumbai.

She strives to be an actress in addition to modelling. She has been working on various famous music videos as well. Recently she was a part of the `Kudiyaan` (Amrit Brar) Punjabi music album, which crossed thousands of views on the internet. For her amazing work and skills, kamal has also been featured in top magazines such as Model Craft and Model Views, as well as in numerous print media.

She has a charismatic camera appearance and while facing the lens she manages herself beautifully. Kamal has profoundly felt every aspect of life through her delicate and poetic heart, from the hardness of the scorching desert sand to the softness of a few drops on a rose petal. She is said to be a mythical figure whose eyes are used by the author as a miracle to reflect the world of feminism. In the world of modelling, she has done several assignments. On 24 September 2019 in Thailand Bangkok, she won the international supermodel beauty pageant. She has also attended many beauty pageant n Youth supporting shows n awards shows as a judge.

Being a fan of books and a great writer, Kamal recently came up with her first ever book, “Mother to Child,” based on a girl, a woman, a sister, a daughter.