A special screening of ‘Banaras: Ka’ba-e-Hindostan’ showcasing Banaras through Ghalib’s eye was organised today Evening Studies Department, Punjab University . Produced & Directed by Delhi-based filmmaker and also the college alumni Beenu Rajpoot, the film, a whole new Banaras has been shown through the eyes of legendary poet. Ghalib’s love for Banaras is found in his masnavi (persian poem) Charage-e-Dair, in the respect of his culture. In their eyes, Banaras is the Kaba of Hindustan. During the occasion, an exhibition of sixty frames truly devoted to Mirza Galib was also staged depicting his life sketch. 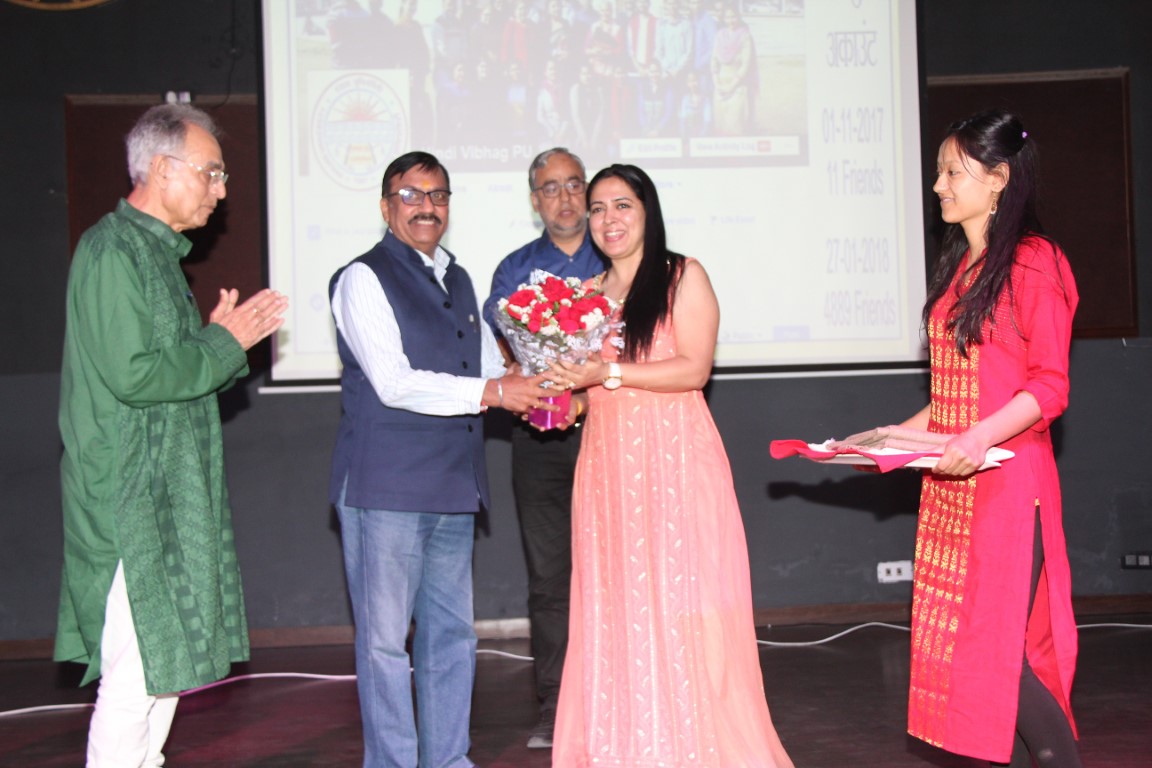 “KA’BA – A – HINDOSTAN is based upon the journey of Mirza Ghalib to Banaras while he was on his way from Delhi to Calculate in 1827 to petition with the British for resumption of his royal pension. This film is based upon his Persian Masnavi “Charagh – e – dair” in which he openly declared his love and respect towards Banaras – the holy city of Hindus. He was so impressed with Banaras cultural where he openly call it Ka’ba of Hindostan in his masnavi “Charagh – e – dair”. We are showing very beautiful Banaras through the eyes of Ghalib. And this is the first film have been made in India on his Masnavi “Charagh–e–Dair”.

Also Read :   ‘A little city with a big heart’- Wellington

Ghalib’s  ‘Charagh – e – dair’ masnavi (Persian poem) is, through the prism of Bananas, an ode to the spirit of secularism, plurality, co-existence of cultures that defines true spirit of india. Even though proud of his Turkish ancestry, here was Ghalib, a liberal mystic, paying obeisance to Banaras, the holy city of the Hindus, in the most evocative and poetic manner. This masnavi has 108 verses, similar to the 108 beads in a Hindu rosary. Background to this masnavi: Enraptured by the serene beauty of Banaras and the Ganges, this masnavi was written when Ghalib extended his originally one night plans to spend over a month in this holy city, says Beenu.

Likening the holy Banaras to a lady, he visualises her in the early morn, draped in the colour of the warm glow of the rising sun. The glistening waters of Ganges is her glistening young body while the reflection of the rising sun in the waters is the ‘bindi’ adorning her forehead. The reflections of the temple spires, shimmering, waving is virtually like the serpentine gait of a woman. So beautiful is she that even the waters seem to rise in order to pay obeisance by touching her feet! Amidst all enmity and violence that surrounds the world, Benaras stands high, seemingly untouched by all. And why not? For it is the holy Mecca of Hindostan; it is the ‘ka’ba’ of Hindostan! 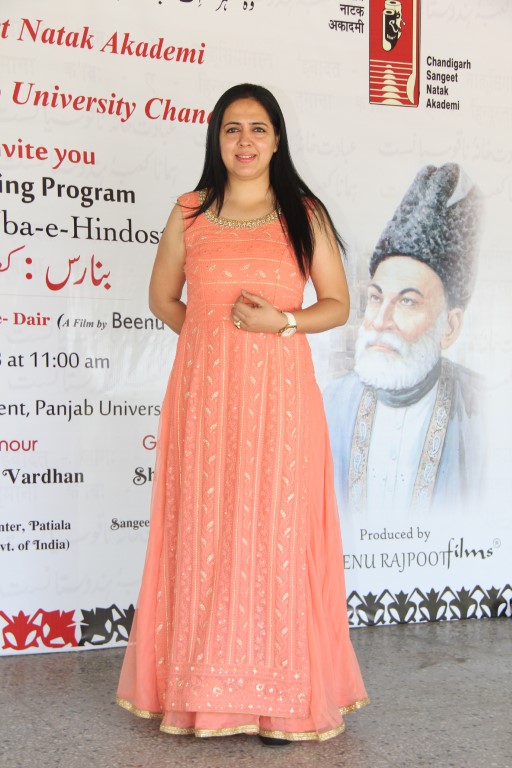 This beautiful imagery and sentiments of Ghalib that made him halt at Benaras for months, almost forgetting his real reason for undertaking the long arduous journey to Calcutta namely to plead for his pension, was originally penned by him in Persian. It has been translated into Urdu by the famous poet, late Ali Sardar Jafri.

This nineteenth century poem by renowned poet Mirza Ghalib is not only an Ode to Benaras, the holy city of the Hindus but also an ode to humanity, of shared faith, of the spirit of inclusion and pluralism. This poem is a reminder of need for harmony in a time when reason seems to take a back seat and fundamentalism seems to have raised its head all over the world!

According to Beenu, “Documentaries touch our hearts and awaken our vision, and change the way we see things. They take us to other places, they open doors and minds. Movies are the memories of our lifetime, we need to keep them alive.” Storytelling documentary expands our understanding of shared human experience, fostering an informed, compassionate, and connected world.

This Christmas, a playful ‘Secret Santa’ for children of blind school