Owner of the league Sumit Dutt also showed up for team’s launch in the city today, team members practicing hard for the game

NewZNew (Chandigarh) : Wednesday became special for the city when Punjabi singer Jazzy B showed up to launch his cricket team ‘Chandigarhiye Yankies’ which would be competing in the upcoming north region’s biggest sports entertainment show and Punjab’s first ever unisex celebrity cricket show Box Cricket League-Punjab. Though this is the last team to be launched for this league but the enthusiasm and energy level is too high. Other team members and league owner Sumit Dutt were also present on this occasion. 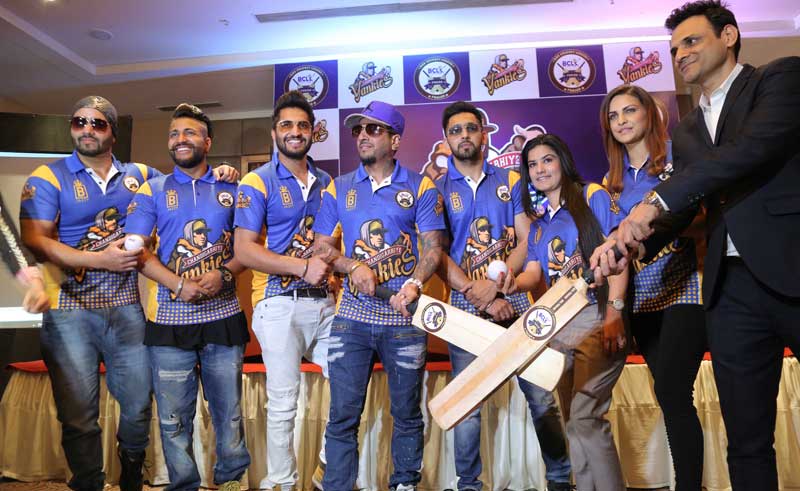 Jazzy B said, “Chandigarh is the capital of Punjab on the Indian map but when it comes to films, music and entertainment, the whole Punjab looks up to the city. So I am glad to be representing the team. Also our theme motivates us to be a part of the league. We are promoting gender equality which Chandigarh has always been an example for.”

Other team members Jassi Gill and Babbal Rai said that their team has already been practicing hard since quite a few time and they are keeping their eye on the trophy. Other members SukhE, JSL Singh, Kaur B and Himanshi Khurana said that this team has the best combination and surely going to dominate the other four teams.

Owner of the league, Sumit Dutt elaborates, ” BCL-Punjab is a platform for the global Punjabis. Our aim is to bring together big names of the industry on one platform and make a thrilling show that will enthrall audiences.”

Other four teams of the league are Royal Patialvi, Jalandhar Panthers, Ambarsariye Hawks and Ludhianvi Tigers. The show is brought to you by Leostride Entertainment & Xamm Telemedia Works, in association with Balaji Telefilms and Marinating Films.

VODAFONE Redefines Retail Innovation with the Launch of their GLOBAL DESIGN...