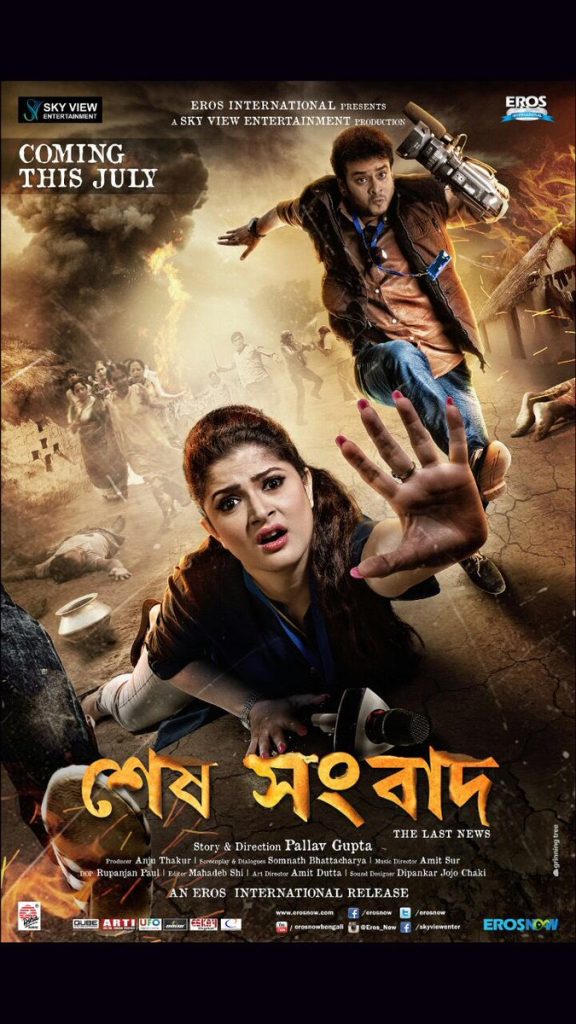 sesh sangbad is an Bengali upcoming movie releasing this July . The movie is directed by Pallavi Gupta . Previously he was also work as a Assistant director in movie,s love Aaj Kal , Highway, Bullet raja . Sesh Sangbad is a action and a thriller based movie of Indian Kolkata Bengali movie . The main leading Stars in Sesh sangbad are Srabanti Chatterjee,sujoy Ghosh,MoU Schumi Chatterjee and swarnava Sanyal .

This movie may be releasing in 2016 . Actually the main reason is that the movie is still not complete soon they will complete the movie so then they official announce the date of the movie .

Srabanti Chatterjee is most popular Indian Kolkata Bengali actress .She started her career in 1997 in Mayar Badhon. She was also appeared in telefilms ETV Bangla . sujy ghosh who mainly knows for film director but now he is the film actor in this movie . Sesh sangbad is crime genre Bengali film .
If we see the poster of Movie . The movie poster has a dark background and Hero of a movie is in a running position . It shows that the movie is  full of drama ,thriller and Action package This Movie is releasing in Bengali language .

Udyami Mitra – a Digital initiative for MSMES from SIDBI