Sony SAB’s Chidiyaghar is known for its hilarious story plots which not only makes the audiences laugh, but also teaches them the moral values that we could follow in our day-to-day life. The upcoming track in chidiyghar will showcase a hilarious track on Kapi, where he gets super power and becomes a super hero. 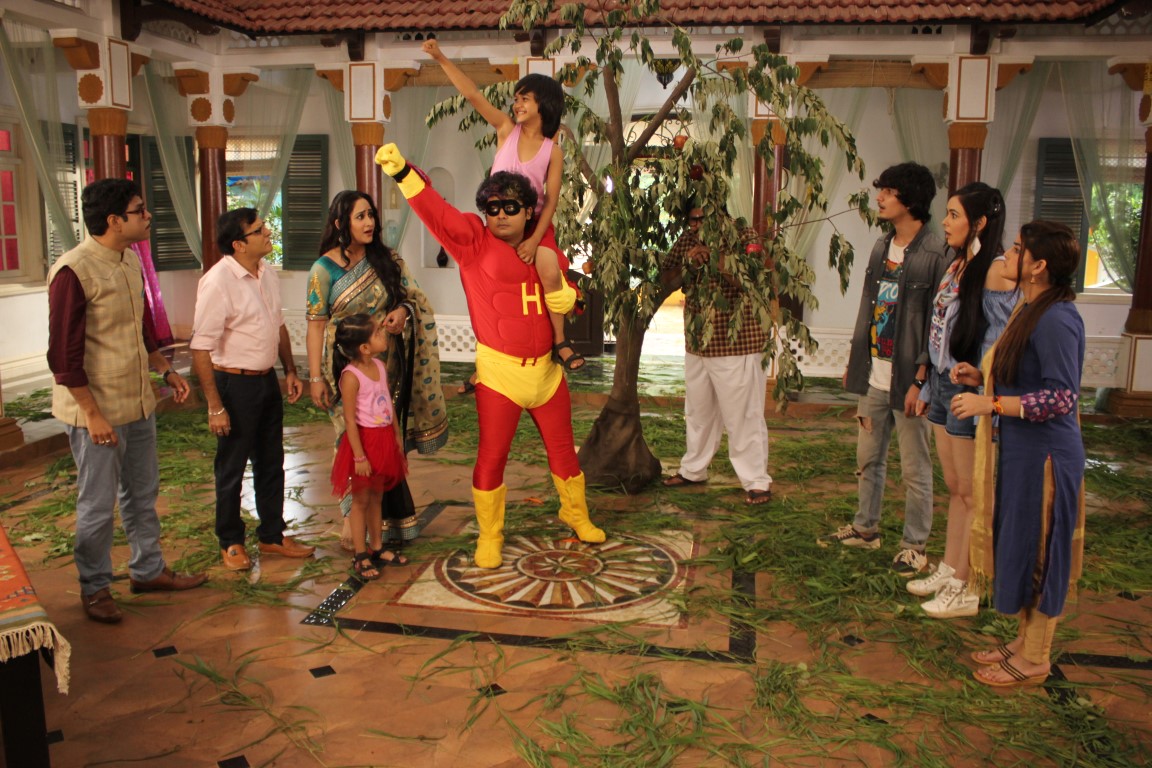 The track opens with Kapi (Saransh Verma) taking his kids Makhi and Machar for a new movie ‘Hanu-Man’ in a theatre. But the show goes housefull with a lot of crowd around. Kappi picks up a fight with a stranger who trashes Kapi. Machar and Makhi are crestfallen with their father’s defeat. Feeling sad, Machar goes to sleep and he dreams that he is praying to God to bestow his father Kapi with superpowers and defeat all. Next morning, when everyone look out for Kapi, they are amazed to see him flying up above in the sky. His kids are ecstatic to realize that God had granted their father supernatural powers. Neighbours too get surprised when they come to know about the same and start worshipping him.

How will Kapi use his new found superpower? Is it a temporary superpower or for lifetime?

Saransh Verma who plays the role of Kapi said, “This is a very funny yet interesting track. Kapi turns into Hen-Man who receives all power to defeat people around him. This leads to hilarious situation where chidiyaghar member take advantage of his powers. He becomes arrogant and starts misusing his power.”