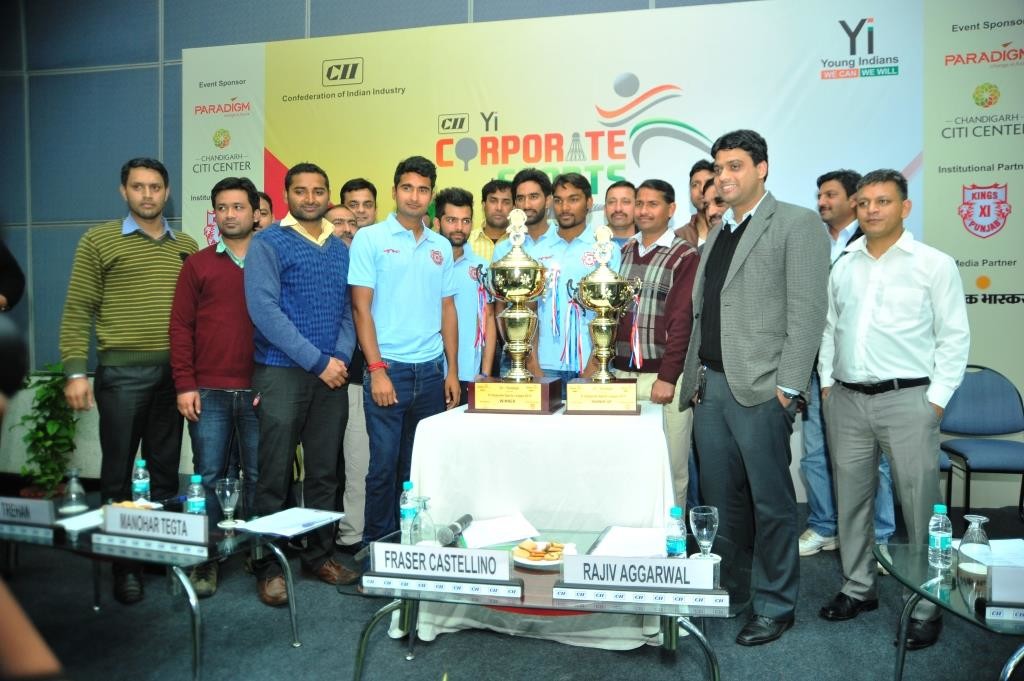 In the launch ceremony held today, Mr Fraser Castellino, Chief Operating Officer, Kings XI Punjab (KXIP), emphasised Corporate Sports League is much pertinent in present times, considering vast similarity between sports and corporates. Both call for patience, planning, strategies, execution and perseverance to achieve desired goals. He further stressed that Sports are one of the most crucial pillars in building complete personality of individuals be it from corporates or students. Sports teach us how to play as a team and contribute to organisation’s overall goals and objectives.

“This league would be a unique opportunity for corporates to learn the lessons of management through sports. The relevance of competition, team work, target oriented approach and coordination is just as much in sports as it is in corporate sector”, he emphasised.

Mr Pikender Pal Singh, Regional Director, CII NR shared that “Our aim of holding this tournament is to help corporates learn the art of working as a team, to inculcate a never say die spirit, to learn to play as a cohesive unit and coordinate well with each other to achieve desired results. It has been CII’s endeavour to work towards an all-round growth & development of people working in the corporate sector”.

The launch ceremony was attended by over 100 delegates, captains, managers and other officials of the organisations.