Addressing the city’s mariners at a meeting organised by the Chandigarh Chapter of The Company of Merchant Mariners of India (CMMI) he hoped that the city is evolving itself to be the shipping support hub of north India. 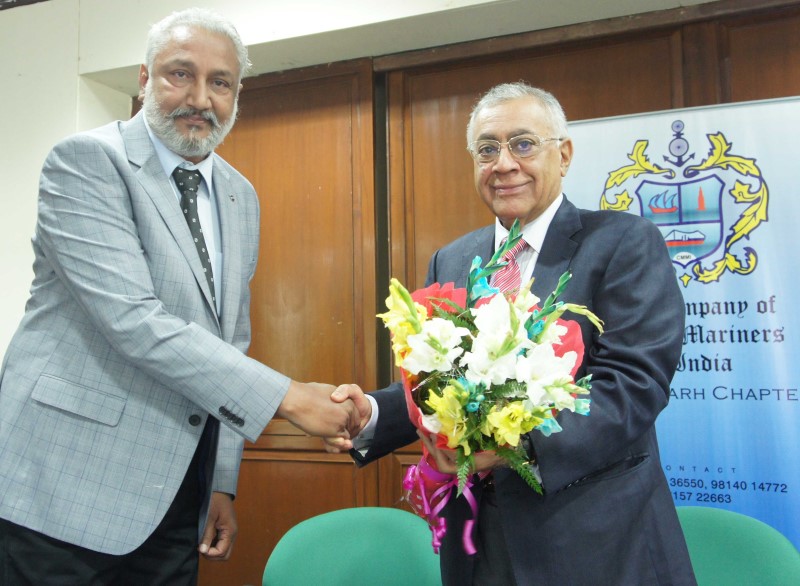 Capt Harry Banga who had his schooling and college in Chandigarh, joined merchant navy, and four years back ventured into the commodities market with his company, Caravel Group, which he started by raising $800 million by selling his stake in the Noble which posted $80 million in its very first year, 2013, which jumped to $1.8 billion last year.

Operating from his swanky office in Central Plaza skyscraper in Wan Chai in Hong Kong, Capt Harry Banga figures on the list of Hong Kong’s 50 richest people with a net workth of $1.02 billion.

Sharing his mantra for success, Capt Banga said that one should be excellent, proud, and loyal to whatever one does.  Though lady luck plays a role in one’s journey but even she follows those who do good work, he added.

Capt Banga said his company, The Caraval Group, which owns about 450 ships, has already opened an office in the city and would definitely be recruiting officers for their shipping business provided they are the best.

He lamented that Indian seafarers are losing ground to Philippines and China in the job markets because of the lack of professionalism which needs to be upgraded through intensive education and training.

CMMI Chandigarh Chapter chairman Capt P.S. Ghotra providing an overview of the Chapter activities said that over a period of time the maritime ecosystem is evolving in the city with the advent of many shipping companies opening their offices here besides training, certification, and recruitment agencies also viewing the city for energetic English-speaking youngsters from the region.

On this occasion CMMI Chandigarh Chapter recognised the contribution of some of the maritime institutes including Capt Y Parmar of Maritime Academy,  Capt Vijay Arora of Ascent Register recruiting for Samoa islands, Capt Raj Narula for Charting and Broking, and Master Mariner Arjun Singh whose startup 49 Webstreet is developing software solution to the shipping industry.

Established in 1957 at Mumbai, CMMI has 15 Chapters all over India, and the formation of Chandigarh Chapter in 2011 coincided with the National Maritime Week celebrations, which commemorates the voyage of the first Indian flagship, “S.S.Loyalty” from Mumbai to London on 5th April 1919