newznew (Chandigarh) : China is the fourth largest country in the world. The very magnitude of its size has resulted in a variety of cuisines with some like Cantonese, Anhui, Fujian, Sichuan, Hunan and Shandong Cuisine being the more popular ones. Of these, the Cantonese cuisine from Guangdong province is one of the Eight Culinary Traditions of Chinese cuisine and the most renowned the world over. 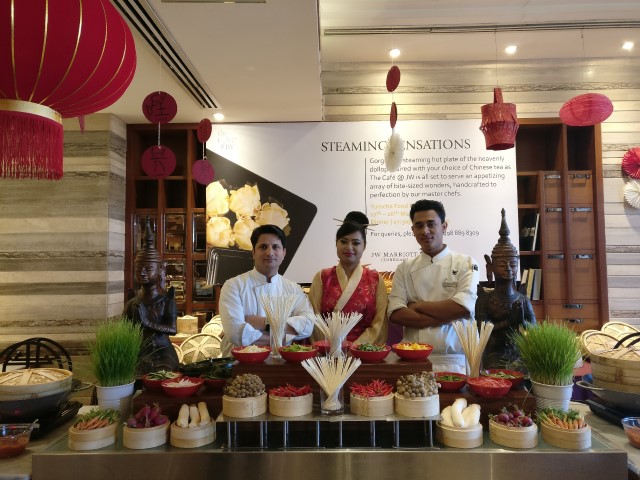 Laying out a massive spread of the world-famous bite-sized wonders, JW Marriott Chandigarh is celebrating ‘Dim Sums’, the toast of the Cantonese cuisine, with a food festival devoted to these dallopy dumplings. From March 17 to March 26, 2017, The Café@JW, the all-day dining restaurant at the hotel, is hosting the “Yum Cha Festival”, where it will serve a Dim Sum menu as elaborate as China.

Giving the guests an exclusive opportunity to gorge on a steaming hot plate of the heavenly dumplings, the “Yum Cha Festival” at The Café@JW will serve a three-course meal based entirely on the delicious Dim Sums. On platter will be a bevy of Dim Sums in the choicest of flavours prepared using the preferred cooking styles ranging from Steamed to Wok Tossed to Baked.

‘Yum Cha’, a popular Chinese style brunch tea, which is also known as going for dim sum involves drinking Chinese tea and eating dim sum. In line with the traditions, the guests at ‘Yum Cha Festival’ will be welcomed with infused teas. To be served in both vegetarian and non-vegetarian offerings, a highlight of the festival will be some healthier variants of Dim Sum like the Gluten Free Dim Sum, Vegan Dim Sum and the Low Carbs Dim Sum. “Originally, Dim Sums were essentially the preferred stopover bites for travellers. This was majorly due to versatility of their fillings and their cooking process of steaming, which is an easier and healthier form of cooking. At the ‘Yum Cha Festival’, one will get to experience the most exquisite array of Dim Sums to be served with soups, with the menu being a delectable mix of traditional and some fusion preparations to suit everyone’s palate,” shared Naveen Handa, Executive Chef, JW Marriott Chandigarh. 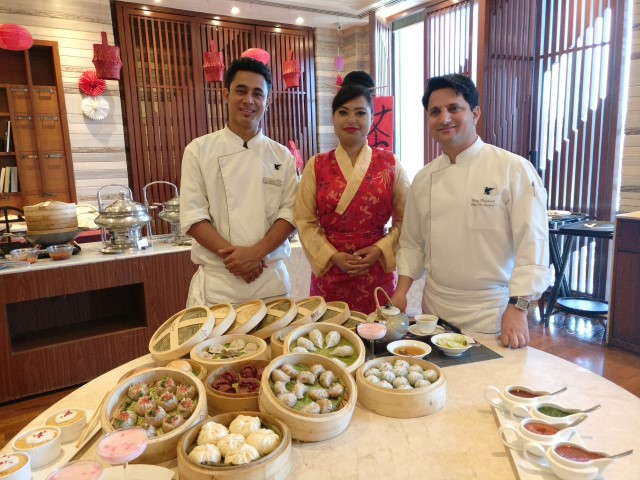 “Making a Dim Sum is an art in itself. In a Dim Sum, the outer layer needs to have that perfect thinness, while ensuring a translucent look. That the filling must have a perfect balance of flavour of all the ingredients says a lot about the intricacies that these little gems involve,” added Chef Handa on the delicate art of Dim sum making.

Another special attraction of the ‘Yum Cha Festival’ are the dollopy bite-sized desserts bursting with delicate flavours like the Water Chestnut Pudding, Coconut Milk Pudding and Steamed Red Bean Dumplings. Not found elsewhere in the region, these are sure to make the patrons indulge and eat to their heart’s desire.