newznew (Kharar / S A S Nagar) : Tricity’s most heard FM station 92.7 BIG FM recently announced the launch of BIG Golden voice Junior 2017, a radio based show for the tricity region of Chandigarh, Mohali & Panchkula. The Grand finale for the tricity region was held today at North Country Mall Kharar, Mohali . The talent hunt launched in association with City Of Dreams – SBP Group received an overwhelming response, with scores of parents registering their children to participate in the show. 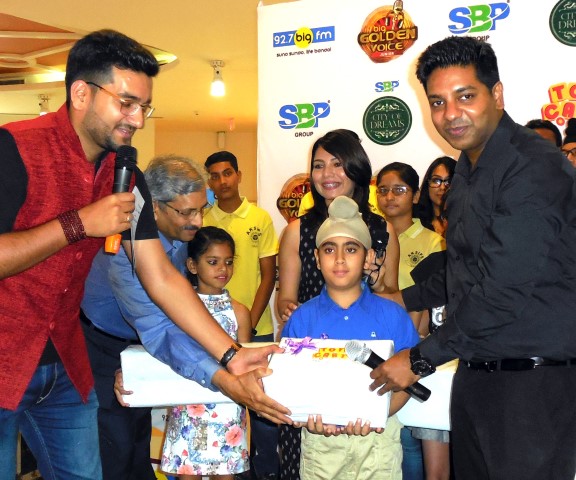 The BIG Golden voice Junior 2017 helped identify young and promising children between 6 and 14 years of age based on parameters such as song, Sur, Taal, Expression, Pronunciation & overall impact. BIG Golden voice junior provided an opportunity for the kids to showcase their talent and be the next singing sensation.

Celebrity RJ Abhimanyu along with Music Instructor Rohit , Winner of Contest Sing with Sonu ,  judged the finalists of the tricity region.

Zirakpur’s 10 yrs old Aira from Carmel Convent school emerged as the winner of BIG Golden voice junior & Chandigarh’s Pavitjot 10 Yrs old from St Kabir School was judged as the runner up . Winners from Chandigarh will now get a chance to participate in the National finale to be held in Mumbai.

Speaking on the occasion Rohit said. ‘I am happy to be part of the event. It’s my pleasure to see the kids performing. I wish all the best for the participants and thank you Tricity for supporting me.” 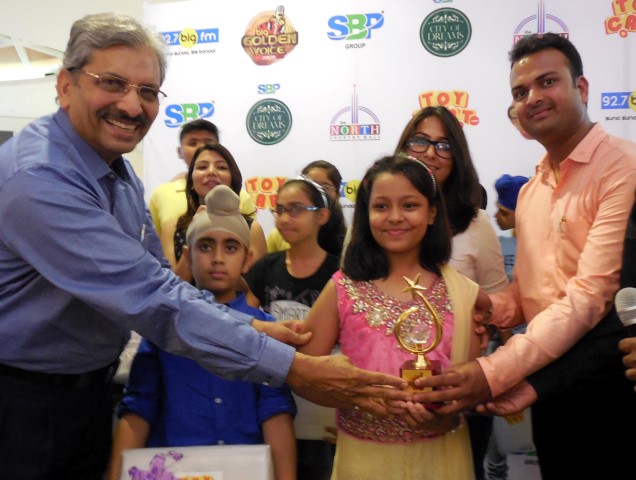 Commenting on the initiative, Big FM spokesperson said that we are committed to do such events for the society. It is more refreshing to see kids singing and definitely it’s a great initiative.  Events like BIG Golden voice Junior not only encourage young talent in the country but also promise to bring fresh and exciting content to our listeners.’

AirAsia India gets into the festive spirit!