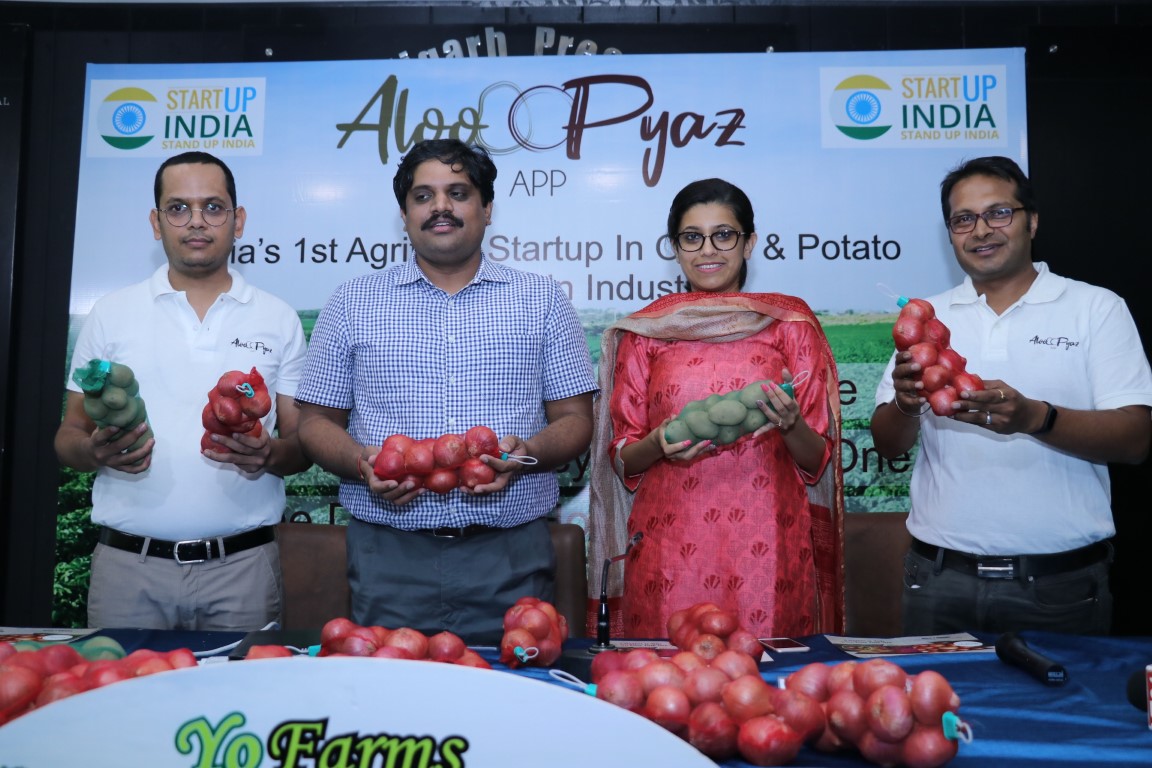 The brainchild was conceptualized by two youngsters Sudarshan Patel, an alumni of Punjab Engineering College (PEC), having an experience in corporate, F&V industry and Vinod Kashyap who has an experience of working in corporates like  Walmart and Big Basket.

Sharing the success story, Sudarshan Patel, Co-Founder, AlooPyaz App said, he had in 2014 come up with a startup SabKuchFresh.com which got acquired by Paytm backed by Jugnoo in 2016. He said that Our Prime Minister Shri Narendra Modi has been encouraging startups through Startup India campaign and the aim behind coming up with Aloo Pyaz is to check price fluctuation in the market which is very high as of now. Thus farmers & consumers both are at loss.

“The company procure stocks direct from farmers whereas presently there are 7 to 8 middlemen between the farmer and customer who dominate the market, which will be done away with through this App. While the original concept is B2B and will primarily cater to the demand of retailers, hotels, restaurants, caterers, canteens, departmental stores, modern trade, whole sellers and supermarkets”, Patel said.

Vinod Kashyap, Co-Founder, AlooPyaz App, said, ” A special Navratra offer, Potato bags will be available at the rate of Rs 5 per kg whereas the current market price is Rs.14-15 per kg. While for onions produce will be obtained directly from Nashik farmers, for potatoes, supply will come from farmers in Jalandhar, Agra and Himachal Pradesh.

Tricity customers can place orders from today onwards, while after four months Delhi will be launched and in one year, 15 to 20 cities will be covered.”

Kashyap said, the concept will directly benefit the farmers as they don’t need to store or pack their produce and same-day digital payment will be made to them. Shortly, we plan to introduce a forecasting facility for farmers, the world’s best seeds would be given to farmers. Thereby farmers can sell the complete harvest to our company.

PTU to hold workshop of youth co-ordinators at Mohali campus