NewZNew (Pune) : In a bid to help medically neglected spastic children gain some mobility and independence, orthopedic specialists at Columbia Asia Hospitals, Kharadi have collaborated with an NGO to conduct deformity correcting surgeries on financially deprived or abandoned kids. 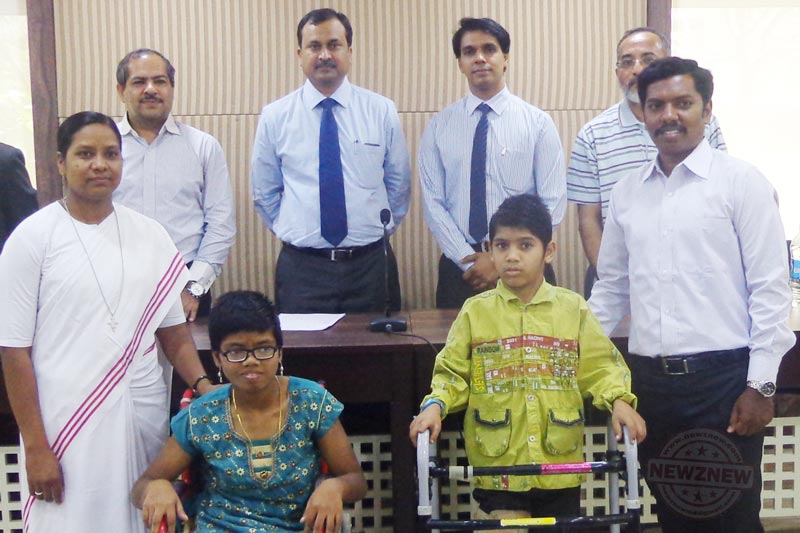 The procedures have already given a new lease of life to two young children who were hitherto unable to stand or walk and were confined to beds.

Spasticity is a muscle control disorder caused due to imbalance of signals from the central nervous system to the muscles. This imbalance results in an inability to control muscles and causes tightness or stiffness in them.

In young children born with cerebral palsy, spasticity can be controlled and managed with right medical attention from the early years. However, in children in whom the condition is ignored for a long time, it often results in permanent disability. Often, kids who are orphans or abandoned or whose parents do not have the financial wherewithal to seek medical intervention suffer a permanent disability such as flexion contracture. Such was the case with 9-year-old Shreyas (name changed) and 10-year-old Pratham (name changed).

The two young kids, who are among several children looked after at NGO Snehalaya, were operated upon at Columbia Asia Hospitals, Kharadi to correct their knee deformity, with generous help from Pune-based philanthropist Mr. Rohit Bhatia, who is CEO of a dotcom company.

“Flexion contracture is a condition in which a joint is bent and cannot straighten itself with its own muscle power. In the case of these spastic kids, their knees were bent due to longstanding deformity and needed a complex surgical procedure to straighten and make them functional. Both of these kids were completely immobile, restricted to a bed or chair. They could neither stand nor walk. The aim of the procedure was to improve their condition, ensure some mobility and reduce their dependence. While it may not be possible for them to become 100 per cent normal and start running, we could certainly ensure that they are at least able to walk with help of a stick. This would make much difference to their difficult lives,” says Dr Sinukumar Bhaskaran.

The surgery on the kids took roughly three hours each during which the doctors performed bone deformity correction as well as soft tissue release on the knees. Once the bone deformity is surgically corrected, a titanium plate is implanted to fix and hold the corrected bone.

Through surgical intervention, the knees that were bent for several years were straightened and remodeled, including the bone and tissue.

“Since it was a condition that received much late medical attention, the challenges were profound. The bone and tissue had not just had to be straightened but also remodeled to a significant extent. Other areas of the bone had to be realigned. For example, due to longstanding deformity the patella of the knee had migrated to a higher level. This had to be re-aligned to achieve better knee bending,” says Dr Ashish Ranade.

The surgery in such cases has to be followed by a prolonged period of rest, rehabilitation, physiotherapy and exercise.

“These are kids who have either been abandoned due to financial problems or orphaned. An ability to stand and become independent would make much difference to their lives. we are very happy to see the two kids able to stand on their feet after years of disability.” Says Dr Sunil Rao, General Manager, Columbia Asia Hospital, Kharadi, Pune

Almost 4 weeks after the surgery, the two children are responding very well to the treatment and have started standing and even walking a few steps with support.

“In most cases, such children spend a lifetime of disability. In some cases, surgeries are held in camp like scenario where the follow up and post operative care is not good enough, compromising the outcome. We have tried to ensure the best possible outcome for these kids. We have helped them enough to substantially improve their mobility and quality of life,” said Dr Bhaskaran.

The doctors at Columbia Asia Hospitals, Kharadi have already conducted surgeries on four children, with the first two already started walking. They further plan to help 10-15 such children whose lives stand to gain significantly from deformity correcting surgeries.