Titan unveiled its ‘Consumer Sentiment Report’ for the year 2019 covering views and opinion of people from 5 metros and 14 small towns. According to the study, where the respondents were asked how the year 2019 in comparison to 2018 was, 66% of consumers living in metro cities said 2019 was better than 2018. The same overall sentiment came from 60% of the respondents in smaller towns.

When consumers were asked to list top 10 life priorities, consumers in metros prioritized more on health of elders (48%), spending more time with families (47%) and improving mental wellbeing (45%). In future, continuing along with these 3 priorities, metro consumers said they want to focus on Career and Business growth (43%), increasing savings for future (42%) and focusing more on children’s education (40%).

Similarly, in smaller towns, consumers prioritized career and business growth (46%) followed by improving mental well-being (44%) and spending more time with family (44%). In near future, the consumers from smaller towns want to focus more on children’s education (43%), savings for the future (42%) and they want to pick up a new skill (42%).

When asked about current issues that is bothering them currently, the consumers responded that air pollution, women’s safety and economic slowdown are the 3 biggest concerns consumers reported in the study.

Metro consumers expect spends to go up in all areas in 2020 specifically in areas like kids’ education, petrol & other utilities and leisure travel. However in small towns, consumers are going to spend lesser than metro consumers on leisure, travel & vacation and entertainment.

This project was initiated to understand consumer sentiments at the closure of the year 2019 – How was the year 2019, likely spends on 2020, current and future priorities and concern areas. Data was collected through online/mobile surveys. 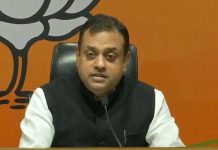