The talented heartthrob, Manav Gohil who is currently seen as Krishnadevraya, the King of Vijaynagar in the show Tenali Rama is being appreciated for his remarkable character. He plays the role of a great king who have defeated all the enemies and have always protected his kingdom. He is known for his justice. Impressed by Tenali Rama’s wittiness and his poetic way of solving problems, he appoints Tenali Rama as one of his ministers. Here is a brief conversation with Manav Gohil as King Krishnadevraya. 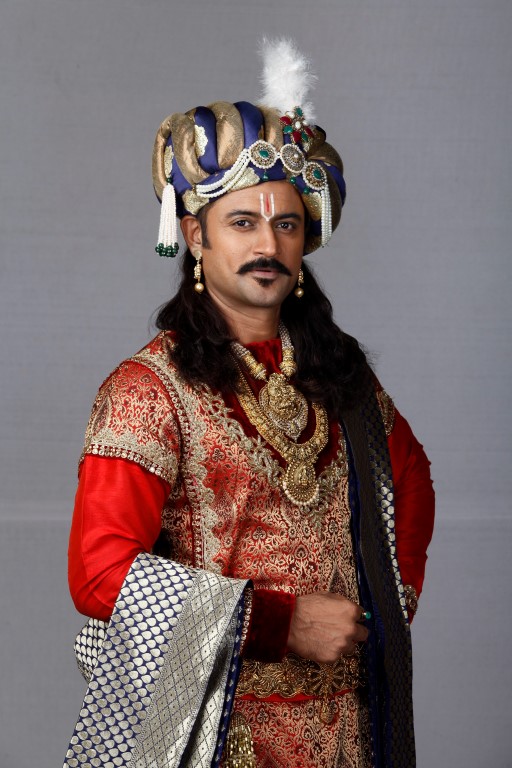 Why did you choose a folklore series like ‘Tenali Rama’ after ‘Yam hai hum’?

When I choose a show I follow certain connection with a person or a production house. Tenali was somewhere SAB TV’s connection. They convinced me that I would be perfect as King Krishnadevraya. My experience with Yam was so amazing that I was keen to work with SAB again. I loved doing comedy with them. Also, I was a little tired of drama and daily soap. Hence, I choose Tenali Rama

How different is your character as Krishnadevraya in Tenali Rama?

I am still thinking how differently I can play this character. He is a King and I have to be what it needs to be a king, however there is not much to do as a king. Even when I was doing Yam I didn’t know how I will play the character, same is for Krishnadevraya. I am still exploring the character. I am looking for opportunity to open this character fully.

How would you relate yourself with King Krishnadevraya?

I don’t have any common traits with Krishnadevraya. He is arrogant, stubborn and dominating and I am none of them. I am a very friendly person who loves to be around people.

What were the challenges that you had to go through while preparing for this role?

One of the biggest challenge was the language. The language of that era is really heavy on your tongue and it’s difficult to remember certain words which they use. Soon, I think I will get used to it. Also, shooting in Naigaon is my other challenge. It’s not convenient to travel every day to Naigaon which is situated on the outskirts of Mumbai. It is a journey of more than an hour

What made you choose comedy show like Tenali Rama?

Sandwich lover? Be spoilt for choice at Bigwich