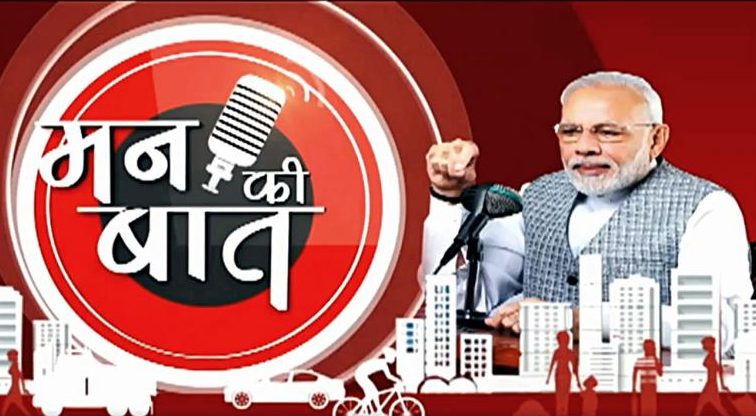 Speaking at his monthly radio programme ‘Mann Ki Baat’, Prime Minister Modi said, “Over these years, the country has followed the mantra of ‘Sabka-Saath, Sabka-Vikas, Sabka-Vishwas’. All of us have worked every moment with dedication in the service of the country.”

“Whatever we have accomplished in these seven years, it has been of the country, of the countrymen. Together, we have experienced many moments of national pride in these years. When we observe that now India moves ahead not with the thought and pressure of other countries but with her own conviction, then we all feel proud,” the Prime Minister said.

Talking about national security, Modi said, “When we witness that now India gives a befitting reply to those who conspire against us, then our confidence soars. When India does not compromise on the issues of national security, when the strength of our armed forces increases, we feel that yes, we are on the right path.”

Pointing out challenges faced during the period, Modi said, “Where there are successes, there are also trials. In these seven years together, we have overcome many difficult tests as well, and each time we have all emerged stronger.”

Referring to Covid pandemic, the Prime Minister said, “In the form of the Corona pandemic, we are being continuously put to test. This is a crisis that has plagued the whole world, so many people have lost their loved ones. Even big countries were not spared from its devastation. In the midst of this pandemic, India is moving forward with the resolve of ‘Sewa and Sehyog’ (service and cooperation).”

He said, “In the first wave, we fought courageously; this time too India will be victorious in the ongoing fight against the virus. Be it social distancing, rules related to masks or vaccines, there should be no letup in our efforts. This indeed is the path to our victory.”

Elite Season 5: The New Details Regarding Release Date, Cast and...