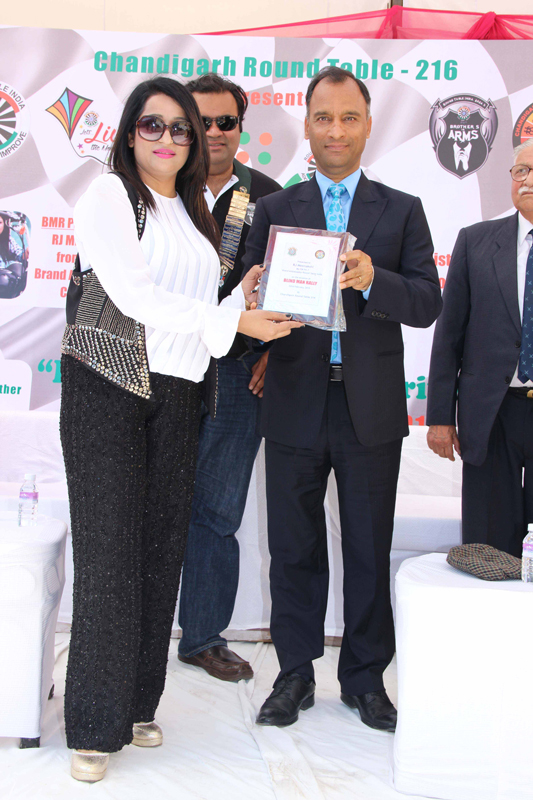 NewZNew (Chandigarh) : Chandigarh Round Table (CRT 216), has tied up with MY FM for spreading awareness on several issues related to the underprivileged children. CRT 216 is an extended arm of the Round table India movement in Chandigarh. CRT 216 has also roped in famous Radio Jockey (RJ) Meenakshi as its brand ambassador for promoting the cause.

Elaborating on the tie-up Atul Luther, Chairman CRT 216, said through Meenakshi the NGO plans to take up several issues which would be dealt with through radio shows by the brand ambassador who has extended full support to the cause.

CRT an NGO of non political people mainly consisting of young people between the ages of 30-40 years only making a difference in society and put in a lot of efforts to uplift society by providing education to the underprivileged. It had last week organised a Blind Man Car Rally where blind students were the navigators using a Braille script.

CRT is also supporting ‘Support my School’ project in which it would be lending help to underprivileged studying in city government schools. The objective of CRT216 is Freedom through education. Under the various activities of CRT 216 include funding projects, holding fund raiser events, and community service activities.